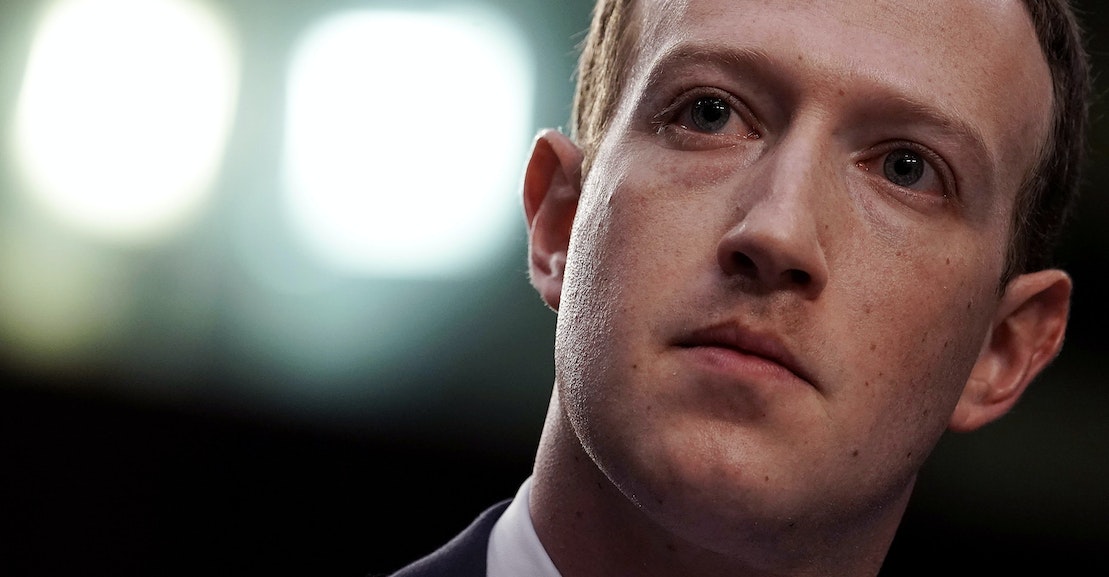 “Private companies probably shouldn’t be, especially these platform companies, shouldn’t be in the position” of fact-checking, Zuckerberg told Fox. The decision to appear on the network the president watches most often was no accident. Zuckerberg was telling Trump that he had little to fear from the social media behemoth, which has not edited or fact-checked Trump’s comments that mail-in balloting is rife with voter fraud, despite the fact that Facebook has a fact-checking policy regarding misinformation that leads to voter suppression. (Twitter fact-checked Trump’s tweets about voter fraud, but has left other offensive tweets alone, including several in which he accused Morning Joe host Joe Scarborough of a murder he did not commit.)

Zuckerberg is privileging a supposed commitment to free speech over his company’s own policies. In the years after the 2016 election, Facebook made an effort to at least appear to take issues like election interference seriously. These policies were attempts to woo critical Democrats, just as many of Zuckerberg’s public statements—to say nothing of his private meetings with Tucker Carlson, Lindsey Graham, and Hugh Hewitt—are intended to woo Republicans. But Zuckerberg has since de-prioritized his company’s efforts to restrict election interference and is ignoring the president’s voter suppression efforts.

It just so happens that this position helps Facebook’s business model the most. Carefully scrutinizing statements from public officials would be expensive; holding them accountable would also jeopardize relationships with the very politicians Facebook is spending millions of dollars to court in Washington. Zuckerberg, whose only real ambition seems to be to oversee the largest and most profitable company on the planet, is not interested in making Facebook less toxic if the cost is too high.

At the same time, Zuckerberg continues to cast Facebook in messianic terms. His insistence that it not be an “arbiter of truth” replaces the communal idealism of the company’s early years with something like Fox News’s cynical “fair and balanced” approach toward news. Never mind that Facebook acts as an “arbiter of truth” all the time, recently labeling 50 million posts relating to the coronavirus as being untrue. It also took down the “Plandemic” video that alleged “that wearing a mask can make you sick and could lead to imminent harm.”