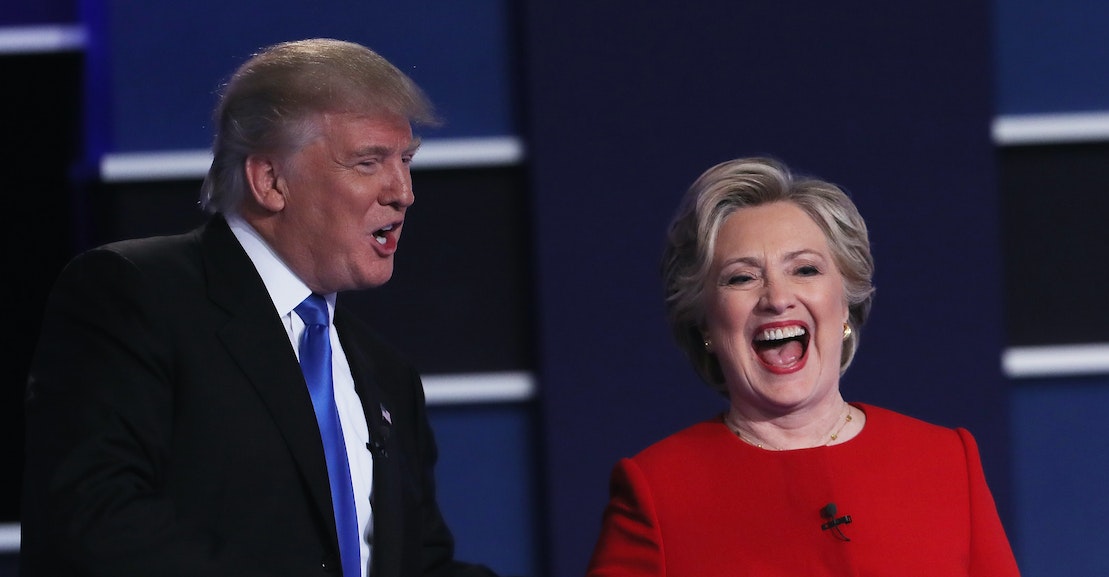 No one, except perhaps the swampiest of DC hacks, is likely to mourn the loss of the Republican or Democratic conventions, both of which have been digitized and locked down due to America’s abysmal failure at containing the coronavirus pandemic. The quadrennial political gatherings are a relic of a bygone era. Today, they’re boring and expensive and are good for little more than giving high-flying donors one more avenue for access. Amid all the hoopla and pageantry, we learn almost nothing new about the candidates or their parties; the rulemaking sessions and platform decisions are largely formalities. Technology and changes in party politics have rendered these gatherings anticlimactic, if not useless. All that’s left now for a pair of host cities is a costly, lobbyist-funded media circus.

While they’re perhaps not as easily dispensed with, all of this could be said about the presidential debates as well. Earlier this week, the University of Notre Dame withdrew from hosting the first presidential debate. In June, the University of Michigan also backed out of a scheduled debate. Case Western Reserve University has stepped into the breach, pledging that it will take several “risk-mitigation procedures,” including limiting the size of the audience and blasting every available surface with disinfectant. The locations of the second and third debates, the Adrienne Arsht Center for the Performing Arts in Nashville and Miami’s Belmont University (which stepped in after Michigan bailed), have made similar pledges: These debates will be safe, socially distanced, and brought to you by Purell.

There are few signs that America will have the virus under control by the time the debates roll around. In fact, many have predicted a worsening situation in the fall. With this in mind, it raises the question: Why should anyone risk their life to attend something as pointless as a presidential debate? This moment has forced us to reimagine much of our politics, and it’s perhaps the right time to consider whether these annual televised events have the same salience they had in the heyday of Jim Lehrer. The truth is that the debates have long since stopped serving the needs of voters and instead only exist to benefit television networks and cable news, in particular. Perhaps it’s time to consign them to the dustbin of history.

Every election cycle brings helpful souls out of the woodwork, pitching a new wave of ways to fix our broken presidential debates. There is a constant refrain: Dial down the pageantry and ratchet up the sobriety. It is a truth universally acknowledged that live audiences, more keen on hooting and hollering than listening, distract from the proceedings. This not only gives debates the atmosphere of an early-round NBA playoff game, but it also underlines the fact that what is happening is a spectacle, not anything of substance. In 2016, Donald Trump’s decision to bring three women who had accused former President Bill Clinton of sexual harassment and assault to a debate with Hillary Clinton served to demonstrate that these once stately affairs had, like almost all political pseudo-events, been overtaken by the drive to stage an ever-escalating series of viral stunts. (Trump’s 2016 escapade has been cited, unsurprisingly, as a reason to get rid of audiences entirely.)

The presence of an audience does have substantive implications as well. Research from Williams College psychology professor Steven Fein has found that judgments about the candidates were significantly affected by the reactions of the live audience; cheers following a one-liner cements that moment in the minds of viewers, Ronald Reagan’s famous 1984 “youth and inexperience” debate zinger being an early example. The reaction from the audience, Fein and his coauthors found, “did not recognize Reagan’s quip as a knockout punch, so much as it made it one.” The result of these incentives, Fein said in 2016, “also makes the clip likely to get highlighted in the post-debate news and spin cycles,” which then gives it an exponential reach. The result is a system that favors cable-ready wisecracks and viral badinage over substantive policy discussions.