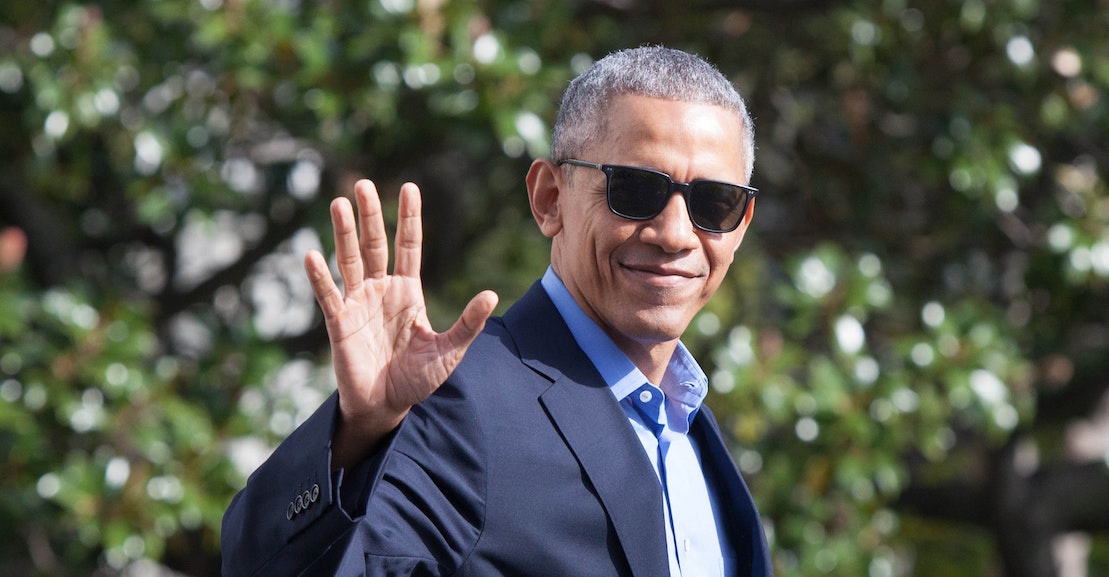 Book publishers have had a chaotic year. There have been protests and walkouts over Woody Allen’s memoir and the industry’s lack of diversity—unprecedented activism in an industry with little history of mobilization. One Big Five publisher, Simon & Schuster, is up for sale; two have new CEOs. And then there is the ongoing fallout from Covid-19, which shuttered bookstores across the country.

On Thursday, things got even crazier. Barack Obama and Penguin Random House announced that the first volume of the president’s memoir, A Promised Land, will drop on November 17—two weeks after the presidential election. That book will cover Obama’s presidency from his election in 2008 to the death of Osama bin Laden in 2011. The memoir “brings readers inside the Oval Office and the White House Situation Room, and to Moscow, Cairo, Beijing, and points beyond,” the publisher told Axios. “We are privy to his thoughts as he assembles his Cabinet, wrestles with a global financial crisis, takes the measure of Vladimir Putin, overcomes seemingly insurmountable odds to secure passage of the Affordable Care Act.”

It will also be publishing’s equivalent of an eclipse, blotting out other releases in a crucial fall season. Michelle Obama’s memoir, Becoming, is the biggest hit of the Trump era, selling more than 10 million copies in its first six months; A Promised Land, even at 768 pages, should be expected to sell in the millions, if not tens of millions. (Given Michelle Obama’s sales, the $60 million Penguin Random House paid for books from the couple now looks like a bargain.) Barnes & Noble CEO James Daunt predicted that it will “sell as no other book has done since July 21, 2007”—the date that Harry Potter and the Deathly Hallows, still an industry touchstone, was released.

It also practically guarantees that the blackout that followed Covid-19 will effectively continue. For months, practically no new books were released; this fall, it may seem as if there is only one book in the universe.

Rumors about the imminent publication of Barack Obama’s memoir accompanied reports of a mysterious printer slowdown. As The New York Times reported last month, “The two largest printing companies in the United States, Quad and LSC Communications, have been under intense financial strain,” and LSC’s assets are about to be auctioned off. With many new books postponed, backlist sales boomed; this, too, created a printing problem, with publishers having to balance reprints with upcoming releases. The result was a choked supply chain. Many books that had been slated to be published in the fall—and some whose publication had been pushed back in the spring due to Covid-19—were delayed.

But there were also rumors that the supply chain was jammed in part due to one book with a ginormous print run. (When I first heard this, I hoped the book was George R.R. Martin’s Winds of Winter. Alas.) A Promised Land has a staggering first printing of three million copies, a number so large that one-third of them are being produced in Germany. (Penguin Random House is owned by Bertelsmann, a German conglomerate.)

The related publication delays, according to conversations with publishing insiders, stemmed not just from A Promised Land and other new and backlist titles but also the expectation that Obama will dominate pre-Christmas book sales, as well as the first quarter of 2021, if not beyond.

Even so, the publication of A Promised Land is a gift, albeit one with a significant catch. “For our store and no doubt independent bookstores everywhere, it’s a holiday gift, sure to boost sales during the holiday shopping season. And of all years, we really need a boost now,” Bradley Graham, owner of Washington D.C.’s Politics & Prose, told Publishers Weekly. Bookstores badly need the boost that Obama’s book will certainly give them. Bookstore sales in July—the most recent data available—were down nearly 25 percent from the previous year. That number is still a significant improvement on the first three months of the pandemic. Overall, bookstore sales are down over 30 percent.

At the same time, print sales have actually gone up about 5 percent over the previous year, thanks in large part to online shopping. “The surge has been driven by several new blockbuster titles, including books by Suzanne Collins, Stephenie Meyer, John Bolton and Mary Trump,” reported The New York Times. “Publishers have also seen an unexpected demand for older titles, particularly books about race and racism, children’s educational workbooks and fiction.” Bookstore sales down, print sales up—those two trends define the industry at the moment. While many large retailers—Target, Walmart, Costco—have boasted strong sales, it’s not hard to come to the obvious conclusion, which is that Amazon is further consolidating its hold on the publishing industry.

Book sales this year have been defined by another trend: mega-bestsellers about Donald Trump. A Promised Land closes the loop of publishing’s strange year, ensuring that the last two months of 2020 will be spent orbiting a book by Trump’s nemesis.

The timing of A Promised Land is not ideal, for a number of reasons. Bookstores, both indies and the wheezing giant Barnes & Noble, will get a bump, but certainly not the kind they could have expected in nonpandemic circumstances. Amazon will, once again, be the big winner. Publishing two weeks after an election that may drag on for weeks is another interesting wrinkle—one can easily imagine a world in which the publicity cycle for the book is eaten up by controversy over the election.

And while it will likely be accompanied by the tightest embargo since before J.K. Rowling became problematic, A Promised Land will become part of the news cycle in a Bob Woodward sort of way should Biden lose, with many speculating what a mid-October scoop could have done to the election. (While Trump cannot be expected to figure greatly in a book covering Obama’s first term, A Promised Land ends with the bin Laden raid—an event that occurred on the same day that Obama roasted Trump at the White House Correspondents Dinner. That roasting, according to legend, caused the latter to run for president.)

Those are minor pitfalls for a book that will undoubtedly sell millions of copies, of course. Even in the worst-case scenario—a drawn-out, contested election—A Promised Land will be the biggest book of the year and possibly the decade to come.