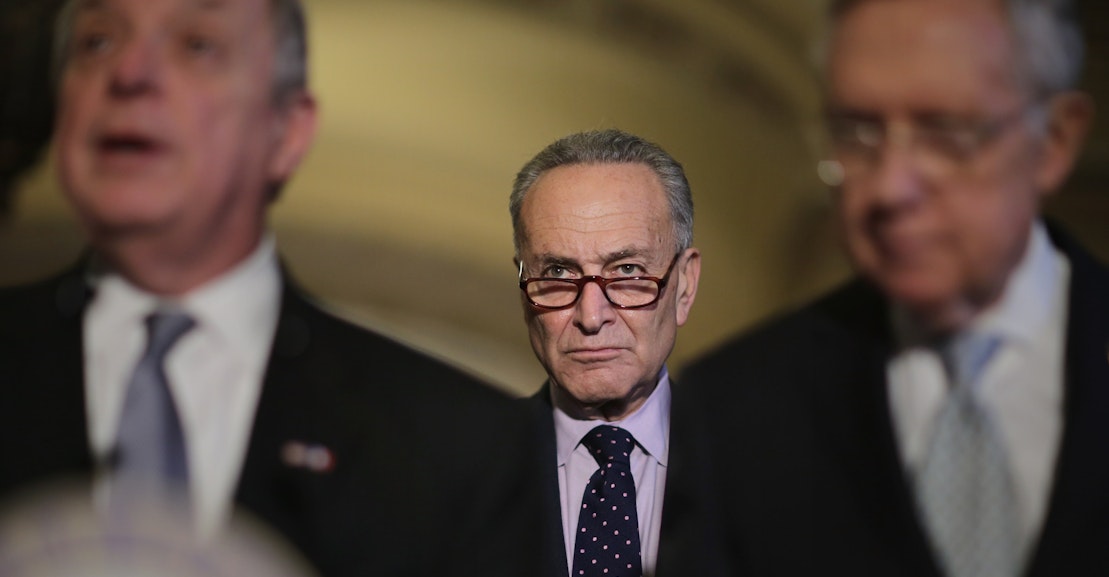 The death of Ruth Bader Ginsburg should inspire a week of public mourning and reflections on her enduring legacy. With just 45 days to go before an election, there should be bipartisan agreement that choosing her successor is a task left to the victorious presidential candidate and the incoming Senate.

Instead, we are about to witness the Senate version of Game of Thrones. There is no principle here other than raw power politics. The only relevant precedent for what we are about to see is the way that Senate Majority Leader Mitch McConnell held Merrick Garland hostage for 10 months in 2016 to thwart Barack Obama. But now—devoid of embarrassment and reveling in their own hypocrisy—Republicans are pressing for a rush to judgment in the waning days of the Donald Trump’s first (and probably last) term.

At this moment of peril, Democrats and judicial liberals have to face the reality that the tactics they have deployed for three decades against conservative Supreme Court picks have consistently failed.

Earnest letters from 687 law school deans are not going to do the trick. Loud marches upholding Roe v. Wade are doomed to fall on deaf ears. Charges of sexual improprieties failed to derail the confirmations of Clarence Thomas and Brett Kavanaugh. Even the eventual Senate hearings, with their meticulously framed legal questions, are apt to have minimal impact, aside from giving Kamala Harris time in the spotlight.

Even a rubber-stamp Senate can’t put together instant confirmation hearings.

But the Democrats have a powerful political argument on their side—fairness. That argument was framed by an independent Senate Republican, Alaska’s Lisa Murkowski, in an interview hours before Ginsburg died. Murkowski, who backed McConnell in the Garland fight, told Alaska Public Media, “I would not vote to confirm a Supreme Court nominee. We are 50-some days away from an election.”

Don’t make it complicated. Murkowski hit the right note when she said, “The people need to decide.”

Despite the death of the judicial filibuster, Senate Democrats can probably delay a vote on Trump’s nominee until after the election. Even a rubber-stamp Senate can’t put together instant confirmation hearings. And imperiled Republicans such as Judiciary Committee Chairman Lindsey Graham presumably want to spend the last two weeks before the election campaigning rather than banging a gavel in Washington.

With the Democrats now favored to win back the current 53-to-47 Republican Senate, the November 3 results could change everything.

McConnell’s power in the GOP caucus has always rested on his ability to steer campaign funds and political support to Republican senators. But would the taciturn 78-year-old McConnell maintain his clout if he loses his Senate majority in November? Remember, not all Senate Republicans share McConnell’s Ahab-like obsession with the federal judiciary.

Things really become tight for McConnell if a Democratic Senate sweep includes Mark Kelly, who is favored to defeat Arizona Senator Martha McSally. Because McSally was appointed to temporarily fill John McCain’s seat, Arizona law suggests that Kelly could take office as early as November 30, reducing the GOP margin in the lame-duck Senate to 52-to-48.

Assume that Murkowski and hopefully Mitt Romney oppose a rump-session Trump appointee on grounds of fairness. Suddenly, we’re at a 50-50 Senate if Kelly wins in Arizona. Under this scenario, would likely GOP electoral casualties like Susan Collins in Maine and Colorado’s Cory Gardner stick with McConnell, even if the majority leader played a major role in costing them their seats? And what of Republican senators who may be facing tough races in 2022 like Pat Toomey of Pennsylvania and Rob Portman of Ohio?

Retiring GOP Senators Lamar Alexander and Pat Roberts may not want to bring on a judicial apocalypse.

A president-elect Biden and an incoming Democratic Senate would equip Chuck Schumer with a powerful threat—expanding the Supreme Court. The size of the court can be altered by legislation since the number of justices is not specified in the Constitution. Ever since Franklin Roosevelt abysmally failed with his 1937 court-packing plan, there has not been a serious effort to enhance a president’s power by adding justices.

But a nine-member Supreme Court is just a norm of democracy. And we know how McConnell feels about the norms of democracy when they get in the way of his assertion of power. Had he been bound by those norms, he would have given full consideration to Merrick Garland—and soon Democrats can also deploy the politics of extreme cynicism.

Maybe after the election reason will prevail. Retiring GOP Senators Lamar Alexander and Pat Roberts, who care about the institution, may not want to cast a final vote that would bring on a judicial apocalypse. As a result, it might be possible to cut a post-election deal in which Democrats agree to keep the court at nine justices if the Republicans abandon the effort to ram through a final Trump justice.

Of course, nothing is certain. Like almost everything else about 2020, we are lost in a wilderness of crises without maps or useful precedents. We don’t even know how the death of Ginsburg will affect the presidential race.

Sure, there has been glib speculation that we have gone from a pandemic election to a Supreme Court election. But with partisan lines already tightly drawn, it is hard to picture voters who would change their presidential allegiance based on a court fight. Similarly, both abortion-rights supporters and abortion foes have already been mobilized to vote, so it is hard to see how the Supreme Court would affect turnout.

The truth is that the election of Biden and a Democratic Senate would make it difficult for Trump and McConnell to prevail. That’s about the only hope that political life offers on a terrible weekend in an even worse year.