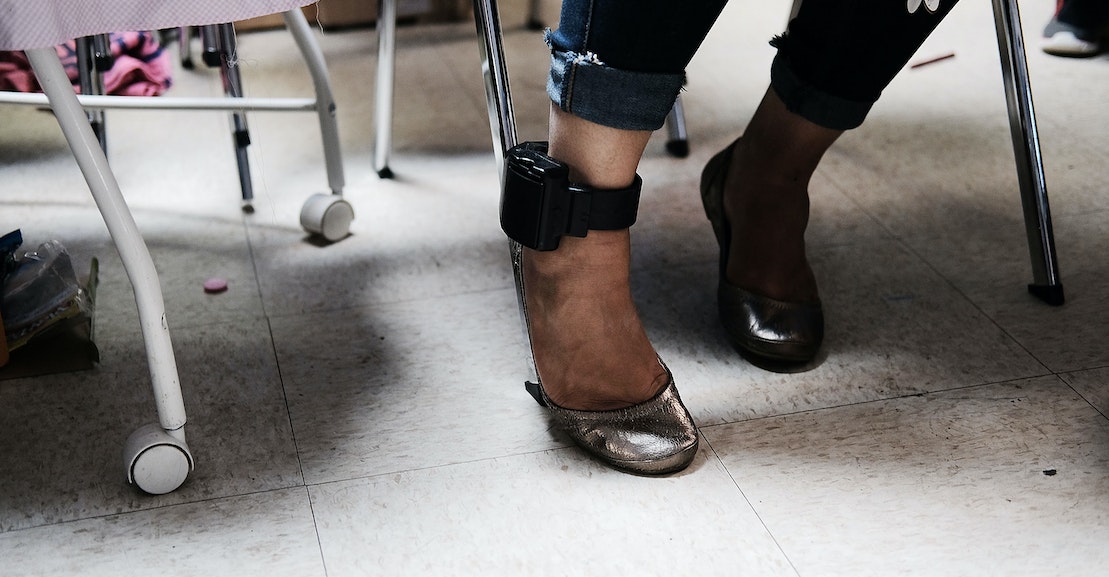 Earlier this week, multiple human rights organizations filed a complaint on behalf of women detained at an Immigration and Customs Enforcement facility in Georgia. Based on accounts from detainees and corroborated by a nurse who worked at the facility, the Irwin County Detention Center, the complaint alleges multiple examples of substandard medical care, particularly around coronavirus prevention and treatment. But what has drawn the most public outcry is allegations of what has been described as mass hysterectomies or sterilizations.

“When I met all these women who had had surgeries, I thought this was like an experimental concentration camp. It was like they’re experimenting with our bodies,” one detained immigrant told Project South, one of the groups who filed the complaint. She said she knew of five other women detained with her at ICDC who said they had undergone hysterectomies between October and December 2019. “I’ve had several inmates tell me that they’ve been to see the doctor and they’ve had hysterectomies and they don’t know why they went or why they’re going,” said Dawn Wooten, the nurse who worked at ICDC and has now come forward as a whistleblower, as quoted in the complaint. “We’ve questioned among ourselves like goodness he’s taking everybody’s stuff out.… That’s his specialty, he’s the uterus collector.”

Since the complaint was made public, further specifics have been reported—one physician involved, more women’s allegations—and others are still emerging. Detained women face risks and complications if they speak to the media, so what we know directly from them is limited. It is not clear how many have had hysterectomies, and if that was part of an explicit policy or widespread pattern at this detention center or possibly others. What we do know is horrific and, as health care providers and experts have noted, part of a troubling history of reproductive coercion, one that remains with us. The immigration detention system is part of this American system of population control.

The ideology of population control for the greater good is deeply embedded in U.S. policy, explained Dorothy Roberts, law and sociology professor at the University of Pennsylvania and author of Killing the Black Body: Race, Reproduction, and the Meaning of Liberty, speaking by phone this week after the ICE story broke. “To discourage childbearing by people who are receiving government public assistance—that’s written into laws in many states.” Efforts to expand women’s reproductive choices have been entangled, too, with this ideology. “The origins of the movement for birth control is both a feminist movement and a eugenicist movement, and that’s going on in the 1920s and ’30s, and was only discredited after the Nazi exterminations and their regime of eugenics.” But in the United States, the eugenics project goes back further—“built on top of the enslavement of African people and the denial of their reproductive autonomy altogether.”

Roberts said she sees the same ideology of reproductive control in the present-day policies and practices targeting immigrants, like family separation and now, allegedly, coercive hysterectomies. “Both forced sterilization and the forcible taking of children have been weapons the U.S. government has deployed for hundreds of years,” she told The New Republic. “Both are political weapons that the U.S. government has used against marginalized groups for political reasons—to terrorize them, to punish them, and to marginalize them further.”

Not far from the Irwin County Detention Center, where detained immigrant women were reportedly sterilized, there are living survivors of state eugenics programs fighting still for recognition and accountability. North Carolina sterilized more than 7,500 of its residents between 1929 and 1974. The state Eugenics Board deemed 14-year-old Elaine Riddick “feeble-minded” and “promiscuous,” after she was raped and impregnated. After giving birth, she was sterilized; consent was given by her grandmother, who was illiterate. Eighty-five percent of those the state sterilized in that period were women, and 40 percent were Black or Indigenous. Just six years ago, in 2014, the state began paying reparations to those survivors. A paper published this year in the American Review of Political Economy showed that the number of forced sterilizations was higher in counties with higher numbers of nonworking Black residents, and concluded that the state’s program was designed to “breed out” Black people, “genocide by any other name.”

Coercive sterilizations have continued up through the last decade in California state prisons. A Reveal/Center for Investigative Reporting investigation identified nearly 150 women incarcerated by the state from 2006 to 2010 were sterilized without required state approvals. A state audit later found that in more than a quarter of tubal ligations performed around that time, there were deficiencies in the informed consent procedure, though the number may be higher—records had been purged in one facility. One ob-gyn, Dr. James Heinrich, was responsible for dozens of sterilizations. He told Reveal the surgeries were a good deal for the state, “compared to what you save in welfare paying for these unwanted children—as they procreated more.”

The complaint concerning the Georgia ICE detention center referred to one gynecologist as being a “uterus collector.” He was unnamed, but Tina Vasquez at Prism has identified him as gynecologist Mahendra Amin, affiliated with Coffee Regional Medical Center and Irwin County Hospital in Georgia. “It is unclear if Amin is financially benefiting from the procedures,” Vasquez reported. “The gynecologist was once a co-defendant in a lawsuit in which he and other doctors were ordered to pay more than half a million dollars to resolve allegations that they caused false claims to be submitted to Medicare and Medicaid.” But regardless of motive, the economic and justice issues around sterilization are intertwined, whether providers are profiting directly or believe they are saving the public money; in either case, they are acting on a population of women who have been made available to them as a matter of state policy.

The whistleblower, Dawn Wooten, is herself a mother of five and said she came forward in part because of concerns for her health and the health of her family. The facility where she worked, according to the complaint, had not provided people detained there or staff adequate protection from the coronavirus. She is a health care provider herself, in a position to track what happens to the women in the facility and to hear things that may otherwise go unreported.

“These immigrant women, I don’t think they really, totally, all the way understand this is what’s going to happen depending on who explains it to them,” Wooten is quoted as saying in the complaint. She said that when medical staff tried to communicate with women detainees who spoke Spanish, rather than use the center “language line,” they asked other detainees to translate, or relied on Google. Other women mentioned in the complaint describe the conflicting information they received from various staff about what procedures they needed and what they entailed. “No woman should go through this,” one woman detainee at the facility told The Intercept. “There’s something strange going on.” Another woman told them she didn’t understand the operation the doctor wanted her to have or why; other women had told her “he just empties you all out.”

Wooten, who says she faced retaliation at work after speaking out internally, has since become an advocate for the detainees. “I’m proud that this nurse was abiding by their duty to protect patients, by calling out this behavior,” Dr. Kristyn Brandi, board chair of Physicians for Reproductive Health, told me this week. “All of us in medicine take an oath first and foremost to do no harm, and part of that process is providing them informed consent.”

That’s the issue most impossible to resolve—consent—so long as women remain detained in this facility. “What would it mean to give consent to be sterilized in a prison or detention center?” asked Roberts. “Some people think, including myself, sterilization is such a life-altering procedure, and there’s such a long history of forcibly or coercively pushing people to sterilization for unjust political reasons, that it’s impossible to come to a decision, to craft a policy of voluntary sterilization in prison. I think it’s a really terrible debate to be part of, even now.”

For people who are incarcerated, whether that’s in jail or prison or immigration detention, their access to health care has been a long fight. Providing for basic reproductive and sexual health is treated as nonessential; incarcerated people are left giving birth in shackles, separated from their children. They are sent to solitary for being transgender, and they are denied access to hormones. While some incarcerated people have organized to demand care with dignity, there is also a fundamental problem: How can you demand your bodily autonomy be respected in a system fundamentally designed to deny it?