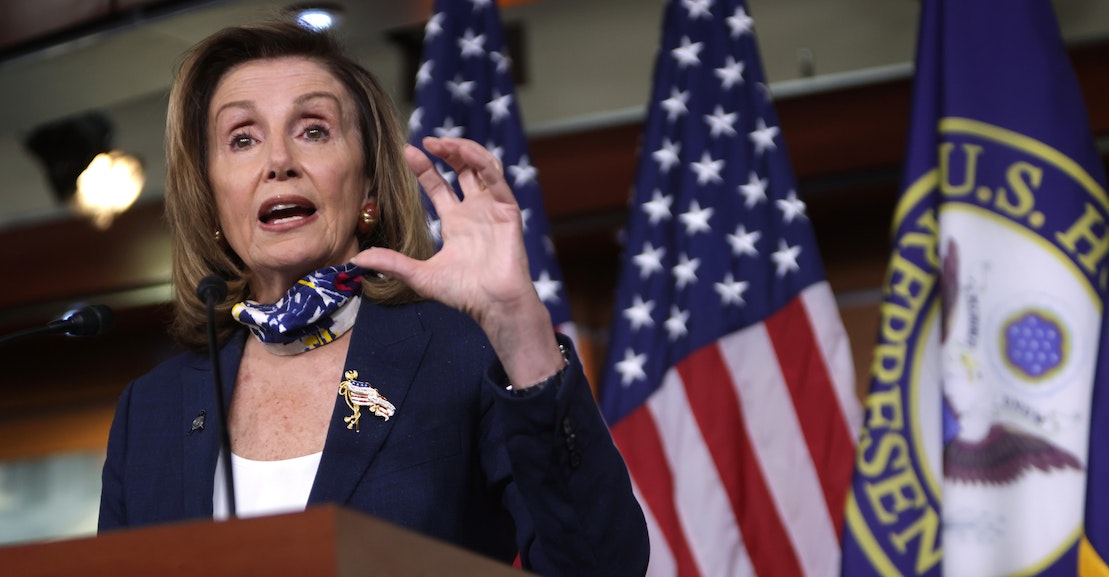 It is hard to choose the worst story of the Trump era, but a whistleblower complaint filed on Monday with the Department of Homeland Security’s inspector general is surely among them. The complaint, which was brought by a coalition of legal advocacy and human rights groups in the South, focuses on alleged medical misconduct at the Irwin County Detention Center in Georgia, which houses people detained for immigration violations by Immigration and Customs Enforcement. It describes a litany of health and safety failures at the facility, including insufficient Covid-19 precautions, substandard testing and care, intentional destruction and falsification of medical records, and more.

The most searing allegations of misconduct came from former nurse Dawn Wooten, who claims that multiple detained women were taken to a gynecologist who performed hysterectomies on them without their informed consent. “I’ve had several inmates tell me that they’ve been to see the doctor and they’ve had hysterectomies and they don’t know why they went or why they’re going,” she recounted in the complaint. There is a tragic history in the United States of forced sterilizations, which rank among the gravest possible violations of a person’s bodily integrity and dignity. These matters cry out for the attention of lawmakers, but a key lesson of the Trump era is that they may need to take action to redouble their own oversight powers.

Reactions on Capitol Hill have been understandably intense since the story broke. Vermont Senator Bernie Sanders described the reports as “simply horrifying” and said they “must be investigated by Congress and anyone responsible must be held accountable for these disturbing acts.” Massachusetts Representative Ayanna Pressley also demanded congressional investigations into what she described as “horrendous human rights abuses” at the Georgia facility. “The fact of the matter is the United States has engaged in a program of mass human rights violations targeting immigrants,” New York Representative Alexandria Ocasio-Cortez wrote on Twitter. “Our country must atone for it all.”

One of the strongest statements, at least at first, came from Speaker Nancy Pelosi. “If true, the appalling conditions described in the whistleblower complaint—including allegations of mass hysterectomies being performed on vulnerable immigrant women—are a staggering abuse of human rights,” she said. “This profoundly disturbing situation recalls some of the darkest moments of our nation’s history, from the exploitation of Henrietta Lacks, to the horror of the Tuskegee Syphilis Study, to the forced sterilizations of Black women that Fannie Lou Hamer and so many others underwent and fought.”

But things went awry when the top Democratic politician in America began talking about next steps. Though the House of Representatives has both the power and the responsibility to conduct oversight, Pelosi fell short of promising or even threatening to invoke that power. “The DHS Inspector General must immediately investigate the allegations detailed in this complaint,” Pelosi said. “Congress and the American people need to know why and under what conditions so many women, reportedly without their informed consent, were pushed to undergo this extremely invasive and life-altering procedure.”

Punting the case to the DHS inspector general does not reflect the gravity of the allegations, which warrant Congress’s swiftest possible direct attention. Pelosi’s demand was largely superfluous considering the allegations became public as part of a complaint to the inspector general. What’s more, it expressed a level of confidence in inspectors general that they may no longer deserve. Though they were designed to act as quasi-independent watchdogs of the executive branch, Trump successfully purged more than a half-dozen of them in the months following his impeachment trial in the Senate, raising concerns about improper political influence in the process.

We’ve been here before with Pelosi. Along with passage of the Affordable Care Act, one of her defining moments as speaker of the House will be the impeachment of President Donald Trump. But even that momentous use of congressional authority came after she had spent most of the year defying calls for a more aggressive tack against Trump, even after Special Counsel Robert Mueller’s report laid out a case for obstruction of justice charges in the Russia investigation. Pelosi eventually threw her weight behind an impeachment inquiry in the Ukraine scandal, but only after almost all of her caucus had already backed it.

There’s a fine line between caution and timidity. The full weight of Congress’s oversight powers can be a formidable tool when wielded properly, even despite Trump’s best efforts to defang them since 2018. Just last month, intense scrutiny by lawmakers successfully pressured Postmaster General Louis DeJoy into halting his disruptive reorganization of the U.S. Postal Service months before the presidential election. Congressional investigations can establish a basic historical record and collect facts that might be used in future criminal investigations. Not even Congress can undo what was allegedly done, but it can provide some official recognition that it was wrong and should never be repeated.

I am not so naïve as to think Pelosi would embrace dismantling ICE ahead of November’s election, nor do I have any hope she would use appropriations as a means of short-term leverage to force reform. But there is another measure I’d like to see lawmakers adopt: Pass a law that authorizes any member of Congress to personally inspect any federal prison or federal detention facility at any time, and meet and speak with any prisoner or detainee inside. Two years ago, some of the most enduring moments of the family detention crisis were forged when lawmakers attempted to access these facilities to ascertain what was going on inside, only to be turned away by immigration agents without an explanation. Similar scenes also played out in airports when the Trump administration imposed its chaotic first version of the Muslim travel ban.

These lawmakers’ instinctual responses to these emergencies are worth fostering. In an ideal system, Congress as an institution would act with all appropriate haste when it hears accounts of profound wrongs committed by the federal government. But congressional committees can only move so quickly, and presidents are increasingly adept at fighting back against subpoenas for documents and witnesses. At the absolute minimum, each member of Congress, from the lowliest representatives to the most senior of senators, should be able to enter any place where the government holds people by force and ask them questions without interference, rather than asking inspectors general to act on their behalf. It’s the least that lawmakers could do to provide oversight—and for some, it could make a world of difference.