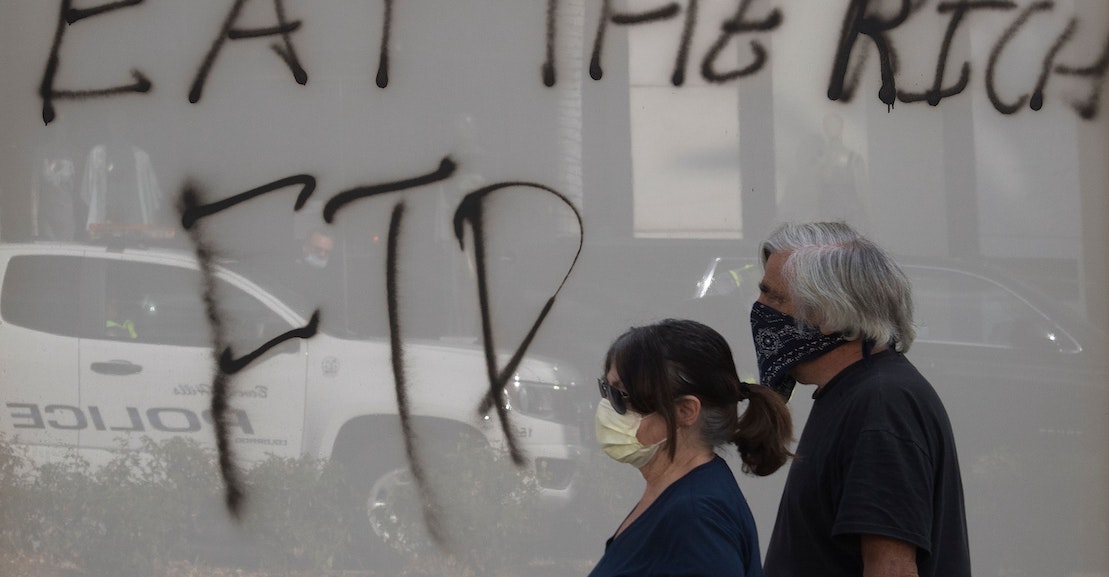 A century ago, economic experts thought everybody living in the present era would have it made. And broadly speaking, we do: We live longer, we seldom try benightedly to “cure” gay people, we no longer have to leave the house to watch a movie, and so on. But that’s not what the economic experts were talking about. They were talking about how much easier it would become to earn a living wage—and there, they were quite wrong.

Writing in 1930, at the start of the Great Depression, John Maynard Keynes attributed the high unemployment of that moment “to our discovery of means of economizing the use of labor outrunning the pace at which we can find new uses for labor.” But that would sort itself out, Keynes predicted confidently. Eventually, the glories of capital accumulation and technological advancement would end humankind’s “struggle for subsistence,” and we’d instead spend that time pondering “how to occupy the leisure” that “science and compound interest” would have granted us “to live wisely and agreeably and well.”

A new report by the Rand Corporation allows us to glimpse this alternate universe of Keynes’s imagining, and it’s lovely. There, the median income for a full-time worker in the United States is about $100,000. The median for a full-time U.S. worker at the twenty-fifth percentile is about $65,000. There’s just one hitch, though: The income levels in this Randworld fantasia are about double the size of the ones we’re stuck with here on planet Earth.

Incomes have kept pace with the economy only at the very top, and income inequality, which shrank or remained constant for most of the twentieth century, has risen steadily.

What is it that makes Randworld so much better than our own? Merely that since 1946 (the year Keynes finally entered that long run in which we’re all dead), U.S. income growth, at all levels, has kept pace with gross domestic product. That may sound absurdly idealistic, especially in the midst of our job-hemorrhaging Covid recession. But it’s what Keynes expected, and it’s what actually happened for two decades after World War II. Indeed, for a little while in the 1970s, incomes actually grew faster than the economy, creating a crisis of inflation. But for the past four decades, we’ve had a different crisis. Incomes have kept pace with the economy only at the very top, and income inequality, which shrank or remained constant for most of the twentieth century, has risen steadily. Keynes failed to anticipate either of those things, and so the pleasant world he imagined never came to pass.

Or perhaps it would be more accurate to say that we started to see glimpses of Keynes’s imagined world at midcentury, around the time the journalist Tom Wolfe documented a proliferation of American subcultures dedicated to leisure—surfing, stock-car racing, dropping acid—that Wolfe called “a happiness explosion.” That boom was short-lived, however, because the working-class prosperity that supported it went kaput. Looking at trends in U.S. work hours from 1979, when the rise in income inequality began, to 2007, Lawrence Mishel of the Economic Policy Institute recorded an increase of nearly 11 percent—“the equivalent of every worker working 4.5 additional weeks per year.”

This spike in hours worked occurred across the board for all economic classes, but the biggest percentage increases were at the bottom of the income distribution and mostly got smaller as you moved up. In the bottom quintile (that is, up to the twentieth percentile), the number of hours worked per year rose 22 percent; in the second quintile (i.e., the twentieth percentile down to the fortieth), 15 percent; in the third quintile, 11 percent; and in the fourth, 6 percent. The pattern broke down slightly in the top quintile, with hours worked rising about 4 percent up to the ninety-fifth percentile and a bit faster (nearly 7 percent) for the top 5 percent. That probably reflected the much greater tendency for women rather than men to take on longer hours, since fewer women occupied the uppermost income brackets.

Keynes never anticipated that even the rich would choose longer work hours over more leisure, for cultural reasons that are debated endlessly. Perhaps the nonrich, if their incomes had risen commensurately with economic growth, would have worked longer hours, too. And Keynes certainly didn’t anticipate that for some working-class people denied any hope of rising prosperity, the leisure pursuit of choice would be an addiction to opiates. The Rand study’s hypothetical of a more just U.S. economy might not translate automatically into more leisure for today’s working class, but it would certainly afford them a richer menu of choices. Let’s try to achieve that soon. We don’t have another 90 years to wait.