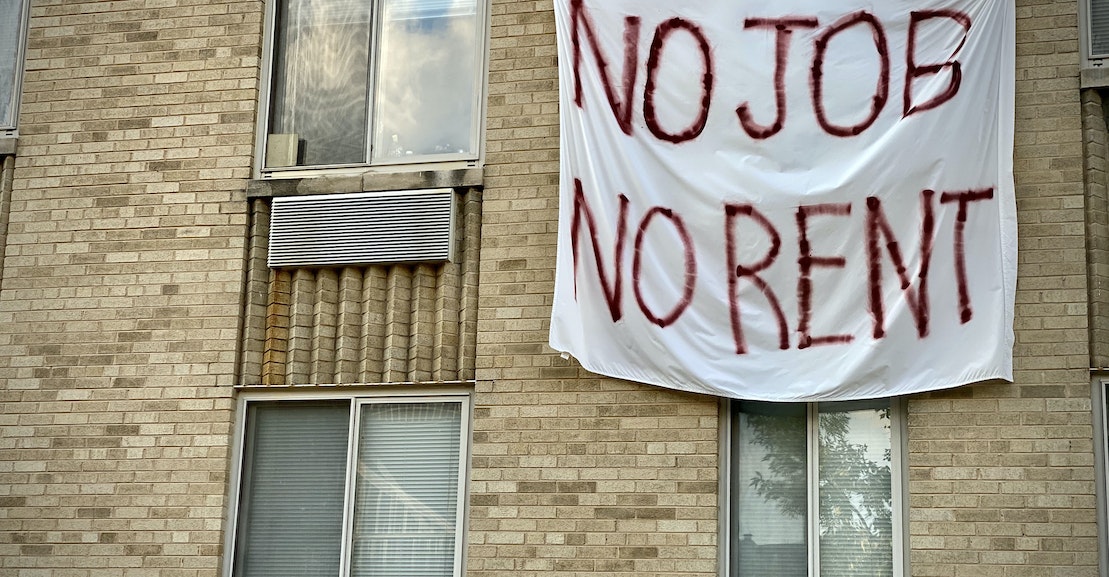 Even by Donald Trump’s standards, his September has been dismal. No convention bump; allegations that he called soldiers killed in the line of duty “losers”; a bombshell Bob Woodward book in which Trump admitted, on the record, that he downplayed the severity of the Covid-19 pandemic. Oh, and the pandemic is still killing a thousand Americans a day. Recent polling has shown that Trump is trailing Biden in nearly every key metric: leadership, trust, even “law and order,” the president’s big campaign slogan.

And yet there is a silver lining for the president: Trump still has a slight polling edge on who is trusted more on the economy—despite the fact that the economy has careened into a recession under his watch.

Trump’s allies were quick to seize on this morsel of good news. Speaking to Chris Wallace on Fox News Sunday, senior campaign adviser Steve Cortes insisted it practically guaranteed reelection. “You know, there’s a lot of crosscurrents, of course, in 2020, many things about this year are unique and singular, but I still believe that the ultimate driver of the electoral decision for most Americans is going to be what it typically is—who can create prosperity for me, for my family, and for this country going forward,” Cortes said. “And on that score, the president has a compelling story to tell, particularly given the current economic renaissance that is unfolding in this country.”

Trump’s economic edge is beguiling to many. Yes, the unemployment rate fell earlier this month, but it’s still above 8 percent. The president has promised that the economy will take off “like a rocket ship,” but the recovery, to the extent it exists at all, has hardly been V-shaped. At the same time, much of the economic success of his first term was inherited. While Trump’s deregulation efforts and corporate tax cuts may have extended a booming economy, he took office amid a record expansion that began eight years earlier.

Trump is certainly given the benefit of the doubt by some voters—it was Covid-19, not his upwardly redistributive economic policies, that tanked the economy, after all. But he’s also proven that the oldest rule of elections—that the economy is usually the top issue for voters—may not be true, especially if the media is unable to convey the severity of the damage.

Trump’s version of “it’s the economy, stupid” has always been more like “it’s the stock market, stupid.” Historically unpopular, he has pointed to the Dow Jones as an alternative approval rating—statistical proof that he’s not screwing up on an epic scale. Despite the economic downturn, Trump has continued to tout stock gains, this time as proof that the economy is rebounding, thanks to his leadership.

This is a lousy way of thinking about the economy. Stock gains are highly concentrated among the wealthy, and more than half of all Americans do not own any stocks. And yet television networks, in particular, largely have the same view of the economy as Donald Trump. The Dow average accompanies most cable news broadcasts throughout the day, and swings in the market dominate coverage. Business networks like Fox Business and CNBC  play to an audience of investors. There are powerful counter-examples—like a recent CNN piece about the eviction crisis. But they remain the exception to mainstream economic coverage, which is focused heavily on stocks.

Stories about how the post-coronavirus downturn affects middle- and low-income poor have struggled to break through. One long-standing issue is that the news media has a bias toward “new” news, something that Donald Trump supplies unlike any other political figure in recent history. Coverage of the travails of the unemployed and furloughed rarely qualifies as new—it’s a single, long-running story that began in March and hasn’t really abated.

This story has been swallowed by a number of other convulsions, some big (George Floyd’s murder and the subsequent protests), some small (the daily horrors that appear on the president’s Twitter feed). When unemployment is covered, it tends to be in relation to the unemployment rate. This is understandable but also somewhat misleading. There are estimates that between six and nine million people have become permanently unemployed; 40 million, meanwhile, were food insecure before Covid-19 hit. Tens of millions are behind on the rent and could be facing eviction before year’s end. This crisis is deep and structural—not exactly the kind of issue that cable news gravitates toward.

Meanwhile, many unemployed people were buoyed by aid from Congress that has since expired, meaning the focus on the economy could return with a vengeance in the fall.

The media is highly responsive to political fights. At the moment, the two dominant themes of the presidential campaign—Trump’s law and order and Biden’s pandemic response—don’t directly touch on the economy. Congressional negotiations about stimulus and further unemployment relief receive some coverage, but because Democrats and Republicans are so far apart, and because people are so sick of Congress anyway, these stories also rarely break through. Unwilling to express moral outrage over the fate of the poor and unemployed, many in the media are dependent on others to do so for them.

The president also routinely sidesteps the press, speaking directly to voters who distrust anything coming from the mainstream media, particularly when it has to do with Trump. Two construction workers in Ohio who recently spoke to The Economist are the president’s platonic ideal—voters who simply regurgitate the president’s own highly misleading statements.

The fact that Trump played a highly successful businessman on television continues to influence voters, despite his numerous bankruptcies, debts, and fraud. The economy may also simply be one area where Trump’s attempts to reshape reality has actually worked. The fact that Trump has an edge on Biden on the economy—an economy that, again, began its pre-pandemic expansion under an Obama-Biden administration—suggests that little has been done to alter a persistent misconception: that Republicans are better than Democrats at managing the economy.

All of this has combined to create an absurd situation. With 50 days to go until the election, the economy is in tatters and shows no sign of getting any better. And yet it hasn’t really registered with voters.