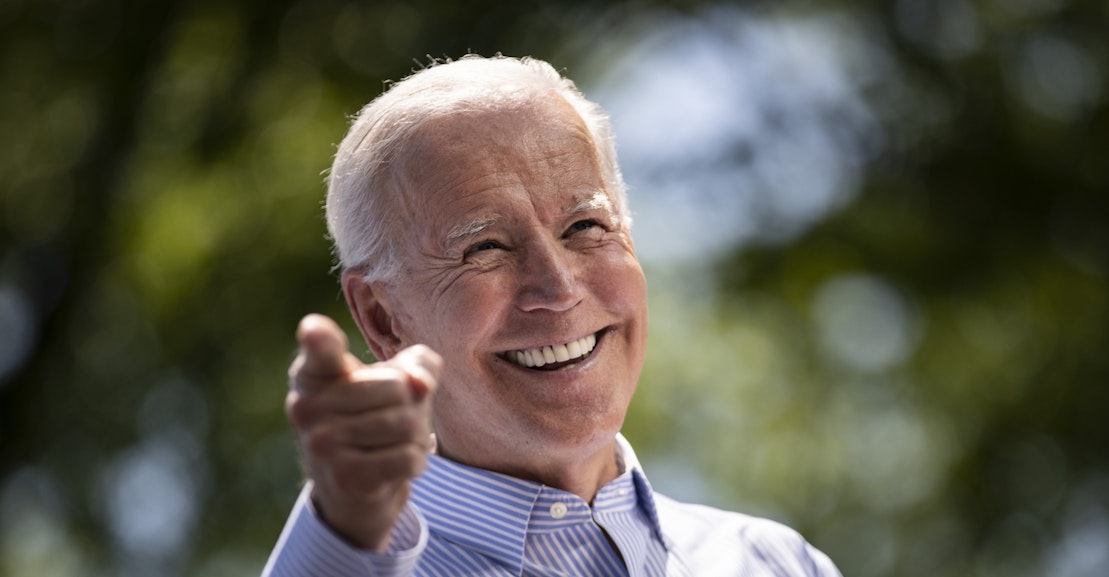 Three weeks ago, as protests against police violence raged in Kenosha, Wisconsin, and Portland, Oregon, Never Trumpers had a stern warning for Joe Biden: Condemn the violence or lose the election. Never mind that Biden had condemned rioting and looting, repeatedly, for months. If he didn’t find a Sister Souljah moment—a reference to Bill Clinton’s dog-whistle attack on a virtually unknown rapper in 1992—and assert “independence” from the progressive left, argued George Will in The Washington Post, he could be in serious trouble.

Those calls came at a moment when polls showed Biden and Donald Trump inching toward one another. Trump’s favorability even appeared to flutter upward. Given the role that riots played in the 1968 election, the assumption was that what was true 50 years ago was also true today: Urban violence helps the Republican law and order man and hurts the weak-kneed Democrat. It didn’t matter that America has changed significantly since then, or that the Republican law and order man, in this case, is the incumbent presiding over all this alleged chaos.

Three weeks later, those calls seem opportunistic. Pundits like Will waited for a moment of maximum bed-wetting to insist that a Democrat campaign like a Jeb Bush Republican. But the feared collapse of Biden’s campaign hasn’t happened; indeed, polling has showed that voters favor Biden over Trump on the issue of law and order. So what’s a political hack to do?

Earlier this week, Danielle Pletka provided an answer: Ignore all the evidence and keep insisting, as loudly as possible, that Biden must do more to placate conservatives. Her op-ed in The Washington Post, headlined “I never considered voting for Trump in 2016. I may be forced to vote for him this year,” is not just another example of the rot at the core of what’s left of the conservative movement. It’s also the clearest sign yet that the Biden campaign can afford to dial back its significant overtures to figures like Pletka, and that media institutions like the Post op-ed page need to tighten up their standards to avoid running incoherent drivel by bad-faith conservatives.

Pletka casts herself as your standard Never Trump figure, a sensible Republican who is repulsed by Trump’s “erratic, personality-driven decision-making” and disgusting personality. “I don’t need a bumper sticker or a lawn sign to convey my distaste for Trump—his odious tweets, his chronic mendacity and general crudeness,” she writes. Joe Biden, in contrast, is a “decent” person. This juxtaposition would seemingly be enough for a Never Trumper—particularly a senior fellow at the American Enterprise Institute who is appalled whenever vulgarity and politics align—to make the right choice.

But, alas, there are greater evils than megalomania, constant lying, and several credible allegations of sexual harassment and assault. Something sinister is afoot on the left. Joe Biden, she writes, would be a Manchurian president, a Trojan Horse containing an army of leftist boogeymen. He “would be a figurehead president, incapable of focus or leadership, who would run a teleprompter presidency with the words drafted by his party’s hard-left ideologues,” she writes. This 77-year-old lifetime moderate and former vice president known for his across-the-aisle backslapping and advocacy on behalf of the credit card industry is little more than a stooge of the Squad.

This argument channels—coincidentally, I’m sure—the president’s own. It’s an op-ed that works by omission, to the extent it works at all. Pletka proudly lists her anti-Trump bona fides—which basically start and end at not voting for him in 2016 and thinking he’s gross—but neglects to mention that she was also proudly “Never Hillary.” Her own career as a far-right political operative who worked for segregationist Jesse Helms also goes unmentioned. Biden’s political career is memory-holed, as is his bedrock identity as a moderate, beyond being “decent.”

Also skipped over is the fact that Biden, arguably the most moderate candidate in the Democratic primary race, bested a number of progressives in his path to the nomination. Why would Biden exert so much energy running against Medicare for All and the party’s left wing only to bow to it once he reaches the White House?

None of it adds up, but apparently Pletka isn’t alone in feeling this way. “I cannot even count the number of people from whom I have heard this exact argument, in conversations & private emails,” tweeted National Review’s Dan McLaughlin.

Pletka writes that she fears “the leftward lurch of the Democratic Party” even more than what’s happening now under this president. That, alone, is demented. On the one hand, you have activists demanding universal health care, corporate tax increases, and green energy, and on the other, you have the worst pandemic response in the world, family separation, demagoguery, corruption, xenophobia. Pletka argues that a Biden victory would “begin an assault on the institutions of government that preserve the nation’s small ‘d’ democracy,” while Trump makes the case that any election result that doesn’t end with him winning is illegitimate. There’s pearl-clutching about liberal groupthink, but no mention of the fact that Trump has turned the GOP into a personality cult in which anything the Dear Leader says becomes gospel. There are the usual lazy attacks on cancel culture and critical race theory but no mention of the president’s praise for white nationalists—or the fact that Trump and the right cancel plenty.

The failures of this op-ed speak to a larger problem at the Post. Under Jeff Bezos’s ownership, the paper has come a long way in challenging the supremacy of The New York Times. But the Post’s opinion page is still stuck in the past, its credibility damaged by hacks like Pletka, Hugh Hewitt, and Marc Thiessen. The Post, in part because it is still viewed as being in the shadow of the Times, has avoided the scrutiny that its competitor receives, but its opinion coverage is so much worse—as Pletka’s op-ed testifies.

The idea that Biden is a Manchurian president is catnip to Republicans like Pletka for a simple reason. For the last four years, conservatives like her have insisted that they find the president abhorrent, that they hold country over party, that they would gladly vote for a “reasonable” alternative to him. In Joe Biden, one would have to conclude, they got their wish. He ran against Medicare for All and the Green New Deal; the progressive policies he has adopted are vaguely defined and easily abandoned. Most importantly, he’s done everything possible to woo Republicans. The Democrats turned their convention into a four-day lovefest aimed at winning over Trump-skeptical Republicans.

And yet this isn’t enough. One almost gets the sense that she wanted to vote for Trump the whole time.