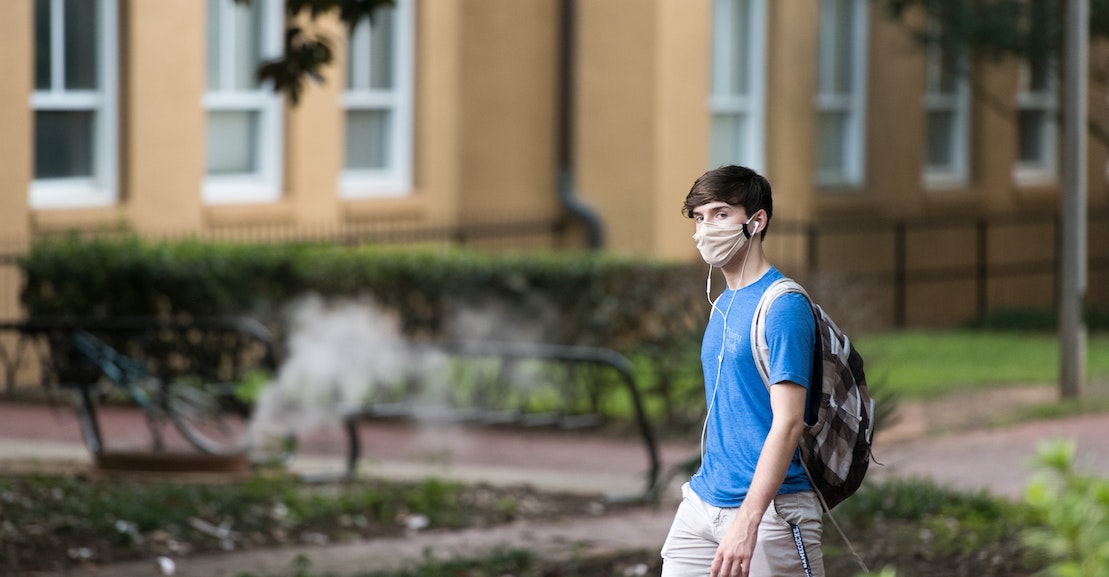 There’s a looming student debt cliff awaiting us in 2021. With America in the teeth of the Covid-19–enabled economic downturn, lawmakers suspended federal student loan payments for 80 percent of federal student loan borrowers. This measure, which President Donald Trump extended a few weeks ago, is set to expire on New Year’s Eve, which means borrowers will ring in the new year by restarting their student loan payments in one of the worst job markets in a decade. If Trump truly wanted to give relief to the 43 million people with federal student loans, he could cancel student debt, using the authority Congress gave the Department of Education decades ago. Senate Minority Leader Chuck Schumer and Senator Elizabeth Warren have now introduced a resolution urging Trump to do just that.

The beauty of canceling student debt is that it has benefits that redound to just about everybody: Research shows it would create more than one million jobs a year, as well as providing a considerable boost to our gross domestic product. Student debt cancellation has sometimes faced criticisms due to widespread misapprehensions about the sort of people who would extract the largest advantages, such as wealthy doctors and lawyers. In reality, debt cancellation would have the biggest impact on those most impacted by the coronavirus pandemic: It would be a lifeline for the nation’s seniors and to the Black and brown communities. It would lessen the fallout of the permanent wealth loss this year’s graduating class is experiencing as the Covid-19 economic crisis intensifies. In terms of something we could do right now to safeguard the economy against the ravages of the virus, this move would go a long way to ensuring that several generations of Americans don’t get cast adrift.

When you think about who benefits from debt cancellation, you might not immediately think of older Americans—but you should. Millennials are far from the only cohort struggling with this burden. In fact, the share of borrowers over 60 with student debt has quadrupled over the last decade, making it the fastest-growing age bracket of student debtors, according to a 2017 report by the Consumer Financial Protection Bureau. In increasing numbers, seniors are carrying student debt loads later and later in life; in addition, too many have taken out loans to help pay for their children’s or grandchildren’s education.

What’s more, the nation’s older student borrowers are struggling terribly. A staggering 37 percent of seniors with student loans are in default. That leads to serious financial difficulties for them, as one of the ways our current student loan system severely punishes default is by seizing Social Security benefits. In 2015 alone, 40,000 borrowers over 65 had their Social Security garnished due to student loans.

Another segment of the nation facing severe student loan distress is Black, Indigenous, and people of color, or BIPOC—the very same people dying from the coronavirus at the highest rates. There are massive racial disparities in student loans, which have grave and lasting consequences for wealth inequality. Persistent, multigenerational racial discrimination has led Black college graduates to hold more overall debt than white college graduates. Black young adults hold 10.4 percent less wealth, on average, than their white counterparts due to student debt, according to research by Fenaba Addo at the University of Wisconsin-Madison. Black and Latinx borrowers also have higher rates of default than white borrowers, and two in five Native American or Alaska Native borrowers have defaulted on a federal student loan. This leads BIPOC communities to disproportionately face very punitive consequences our student loan system creates for default, like the garnishment of wages or seized tax refunds. In some states, it’s even worse: Default can lead to the suspension of driver’s licenses or professional licenses.

In 2018, 57 percent of Black women who were repaying student loans couldn’t meet essential expenses; this situation has undoubtedly gotten even worse during the pandemic. It’s exacerbated by the disparities in rehiring, as white workers are getting hired back twice as fast as Black workers. Black and brown borrowers are also more likely than their white counterparts to have additional obligations while they are students, which extends the burdens of their student debt into their families and communities.

It is often the case that whenever the prospect of student debt cancellation is raised, detractors come out of the woodwork to fret about the so-called “cost.” This misguided complaint ignores several crucial differences between federal student debt and most other kinds of indebtedness. One key difference is that the government holds the vast majority of student loan debt in a portfolio managed by the Department of Education, which often turns a profit. Moreover, much of this debt is essentially uncollectible: It’s owed by people that likely will never be able to repay much of it. Despite this, the federal government spends taxpayer dollars hiring debt collectors to attempt to get blood from a stone; seizing the tax refunds of defaulters is one way they go about this task. What the “cost” argument failed to contemplate, however, is what is the cost of not cancelling student loan debt?

Few examples show the permanent costs of not cancelling student debt more bleakly than the future that the nation’s graduating class now faces. Not only will recent graduates have trouble simply bringing in income as they enter what’s expected to be a terrible job market, they will be losing out on wealth over their entire lives. One of the lessons of the 2008 crisis is that recessions have a long-term “scarring” effect on young workers’ entire careers, resulting in permanently lower employment and earnings. Research shows that millennials in labor markets with higher unemployment lost 13 percent in cumulative earnings from 2007 to 2017. Today’s graduates will face a dual crisis of the impact of the pandemic on their wages and the ongoing stagnation of wages. Young people were already facing barriers to wealth creation before the pandemic: The wages of people 25 to 34 years old have remained consistent over the past 10 years, at $807 per week. Over the same time period, the cost of college has risen 30 percent.

Young adults are already feeling the pinch of the pandemic, with more than half of young adults living with their parents as of July, the highest level since the Great Depression. Those who graduate in the fall will face an extra hurdle, as they will lose their student loan repayment grace period in late November or early December. Due to the current federal student loan suspension, they will get just a one-month pause on payments before they enter repayment on New Year’s Day.

If the Trump administration—or the next one—doesn’t take bold action and use the tools at its disposal to cancel federal student debt, the student debt crisis will only get worse from here. Prior to the pandemic, experts were predicting that 40 percent of borrowers may default on their federal student loans by 2023. That prediction may well undercount the number of defaults on the horizon if policymakers don’t take aggressive action. Canceling student debt would stave off a looming default crisis. But more importantly, it would provide meaningful, permanent relief to those who have been hardest hit by the pandemic.

Long before coronavirus came to these shores, a student debt jubilee was an attractive option to boost a flagging economy and start to shore up the massive gaps created by decades of gradually increasing income inequality. Now that we’re in the teeth of a new economic crisis, Democratic leadership in the Senate is finally acknowledging the authority the Education Department has long held to cancel student debt. Let’s hope, for the sake of the entire economy, that a future administration is forward-looking enough to use this clear, effective tool to revive our struggling economy and prevent permanent wealth loss for the Pandemic Generation.