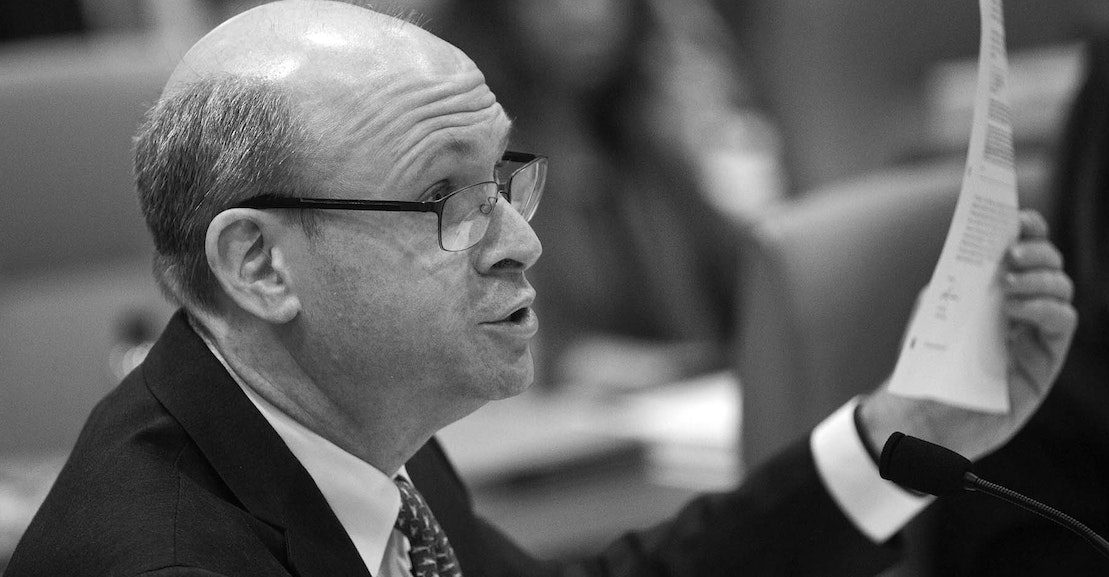 It’s only a few hours into Election Day, and things are already coming undone. In Michigan, Republican groups have instructed dozens of people to stand outside polling places and watch menacingly as voters enter. In Georgia, a shortage of poll workers in Atlanta leads to seven-hour lines that stretch for miles, as would-be voters try to follow social-distancing guidelines. To make matters worse, the U.S. Postal Service says it won’t be able to deliver thousands of mail-in ballots to local election offices before the midnight deadline in some states, effectively disenfranchising those voters. These are the scenarios that keep Democratic lawyer Marc Elias up at night.

The U.S. election system wasn’t in great shape even before the pandemic upended the way tens of millions of Americans cast their ballots. Now Trump and his Republican allies are working tirelessly to reduce turnout and delegitimize voting by mail. Many of these fights are playing out in courtrooms across the country as lawyers for the two major parties, voting rights groups, and individual candidates rush to shape the election before it has even taken place. Their efforts won’t necessarily decide the outcome in 2020, but they could deliver to either campaign the next best thing—namely, a decision on who actually gets to determine that outcome.

Elias is one of the central figures on the Democratic side. A hard-charging, Twitter-happy partner at the Perkins Coie law firm, he has served as general counsel to two presidential campaigns: John Kerry’s in 2004, and Hillary Clinton’s in 2016. He now works as counsel for the Democratic National Committee and the party’s House and Senate campaign committees. If the results are close, or the outcome uncertain, for any of their candidates on November 4, then Elias will likely be among the lawyers who swoop in to wage the high-stakes legal battles that follow—and in the process, finally answer a defining question of the Trump era: Can the legal system actually constrain a lawless president?

Elias is already something of a wartime consigliere for the Democratic elite. Born and raised in New York, he earned a law degree at Duke University and then moved to Washington, D.C., in the 1990s. His big break in Democratic politics came in 1998, when he represented former Nevada Senator Harry Reid in a recount fight that saw Democrats hold the seat by just 428 votes. Over the next 20 years, he steadily became a stalwart ally for top Democrats caught in dogfights: He took part in Al Franken’s successful recount battle in Minnesota in 2008, which helped create the Democratic supermajority that passed the Affordable Care Act about a year later, and in Bill Nelson’s unsuccessful effort in Florida in 2018. (After Nelson hired Elias, Trump falsely claimed on Twitter that the Democrats had “sent their best Election stealing lawyer” to commit election fraud. The president’s ire may have been personal: Elias is infamous among Republicans, because, while working for Hillary Clinton’s campaign, he hired Fusion GPS to produce the research that led to the salacious and unverified Steele dossier.)

Some of Elias’s most influential work took place in the realm of campaign finance—sometimes in ways that undercut liberal efforts to remove money from politics. After the Supreme Court’s landmark 2010 ruling in Citizens United, Elias, who was then working for a group devoted to electing Democratic candidates, was among the lawyers who asked the Federal Election Commission to issue an advisory opinion about political organizations that only made “independent expenditures.” That opinion helped usher in the age of the super PAC. And in 2014, Politico reported that he had played a key role in inserting a provision into a major spending bill that would significantly raise the cap on individual donations to political parties.

This year, Elias’s focus is filing lawsuits to expand voter access, especially when it comes to voting by mail. By early September, a few weeks after we first spoke, he was involved in 32 election-related cases in 19 states. Most of those battles revolve around what Elias calls the “four pillars” of protecting voting by mail: providing prepaid postage from states, so that voters can return ballots for free; counting mail-in ballots as long as they’re postmarked on or before Election Day; making it harder for election officials to toss out ballots if the signature doesn’t exactly match the one on file; and letting local groups gather sealed absentee ballots to submit on voters’ behalf.

More Americans will be voting by mail this year than ever before, but many others, he added, are “going to have a strong propensity and interest to vote in person,” no matter what. “We need to make sure there is safe, available, in-person voting for people who simply prefer that.” To this end, he filed lawsuits to expand early voting days in North Carolina and to add and fairly distribute polling stations in Georgia to prevent long lines.

Unfortunately, the pandemic is far from the only threat to the 2020 election. “Donald Trump has shown a willingness to violate every norm that one associates with the president of the United States, and even the law, in order to advance his political interests, and I expect that between now and the election we will continue to see him do everything he can to win reelection,” Elias told me. “And that will include things ranging from using [his] bully pulpit to bad-mouth voting by mail to worse.”

Trump, for his part, is shamelessly honest about his intentions. After House Democrats proposed a massive expansion of mail-in voting in their coronavirus relief bill in March, he resisted it, saying, “you’d never have a Republican elected in this country again.” And when they proposed a bill in August that offered the hamstrung Postal Service assistance, he pushed back, telling an interviewer that it would lead to “millions and millions” of ballots. (As of early September, the Senate had still not put the bill up for a vote.)

For all of Trump’s authoritarian impulses, much of his power comes from Republican officials’ unstinting loyalty. The Republican National Committee and the Trump campaign announced in May that they plan to spend at least $20 million on election-related litigation this year. For the first time since the 1980s, the GOP is also no longer under the federal court order that blocked it from poll-watching efforts that were condemned as voter suppression. “It’s my job to worry about those things, and I do,” Elias said.

In recent months, Trump and the GOP have poured their resources into litigation that would limit voting by mail, citing the phantasmal threat of widespread voter fraud. After Nevada passed a law to expand mail-in voting in August, Trump denounced it as an “illegal late night coup” and filed a lawsuit to block its implementation. In Pennsylvania, his campaign sued all 67 county election boards to limit their use of ballot drop boxes, which allow voters to submit mail ballots without sending them through the postal system. At the same time, the U.S. Postal Service began sharply cutting back service in the battleground states of Florida, Michigan, Pennsylvania, and Wisconsin at the behest of Postmaster General Louis DeJoy, whose past expertise in postal systems largely involved mailing checks to the Trump campaign.

It’s hard to imagine any outcome in November’s election that all or even most Americans will accept as legitimate. If Trump somehow prevails, Democrats will point to his corrupt campaign against the postal system and mail-in voting as the cause of their defeat. Trump, who claimed until the moment he won that the 2016 election would be rigged, has already signaled that he may not accept a Biden victory at all—a view that many of his most enthusiastic supporters would likely share. Americans have long prized their two-century track record of peaceful transitions of power. This year, they cannot say with certainty that the streak will continue.

But if the Trump era is something of a referendum on the American rule of law, Elias still believes the legal system can protect the integrity of American elections. He led a racial-gerrymandering challenge to Virginia’s state legislative maps, winning before the Supreme Court twice. The redrawn maps helped Democrats secure a majority in both houses of the Virginia legislature in 2019. Earlier this year, those lawmakers moved swiftly to update and expand election laws when the pandemic struck. “They passed a sweeping set of changes, which include the expansion of no-excuse absentee voting,” he told me, “so I applied for an absentee ballot and will vote by mail.” I didn’t need to ask for whom.