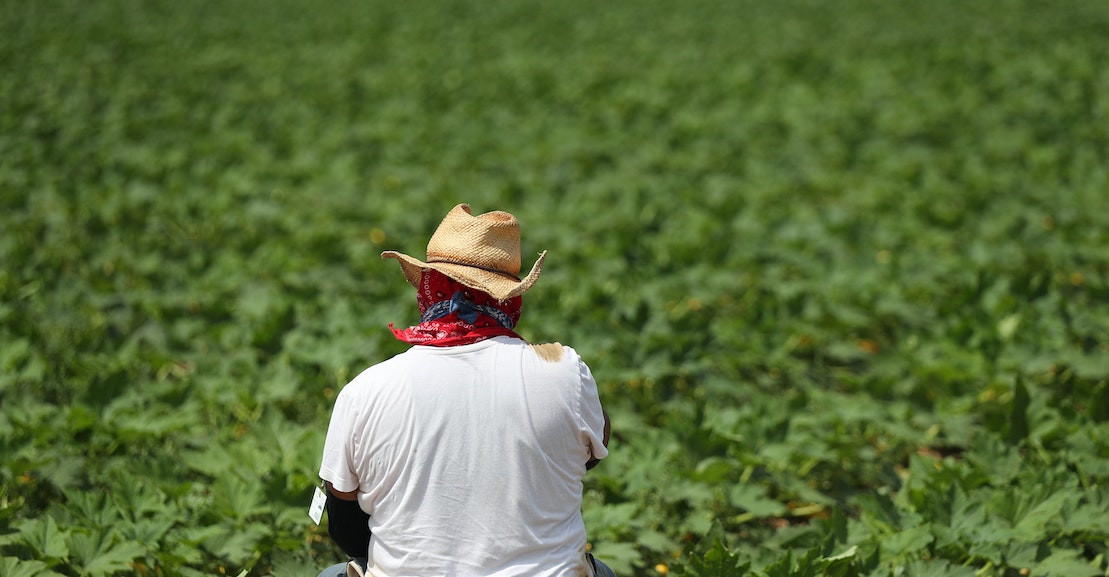 It all starts out harmless enough: A Manhattan couple, after years spent frequenting the city’s farmers markets, became increasingly focused on eating local and understanding where their food came from. They had visions of leaving behind their towering steel surroundings and starting their own farm upstate. Problem was, neither of them—one an architect and the other an executive at a cheese company—knew anything about farming or the agriculture industry. So a novel idea popped into their heads, according to The New York Times’ Style section: “Why not buy some land, give much of it to a young farmer and build a two-family house where they could all live together?”

And so Claire Ko and Eugene Kwak bought a plot of land, gave their idea a name—Togather—and found their ideal candidates to work the fields. But they didn’t exactly “give” much to the young couple who would be doing the farming:

To help an enterprising farmer establish a farm, the couple decided to offer a free 30-year land lease on up to five acres. They also discounted the rent for the farmer’s apartment to $1,100 a month, after determining that area homes of a similar size rented for $1,500 to $1,800.

If this sounds familiar, it is. The correct term for what the Manhattan couple invented is tenant farming. It’s a practice that has been around for centuries. In America, tenant farming is inextricably tied to the Jim Crow South, where it was the most direct way for wealthy white landowners to continue blocking the social mobility of formerly enslaved Black workers along with other nonwhite and poor people. (My grandfather and great-grandfather, both Sappony men, worked as tenant farmers; it was not until the 1930s that my grandfather, James Coleman, became one of the first tribal members to actually own and operate a Sappony farm.)

As Dr. Sarah Taber, a crop scientist and former farmworker, pointed out in response to the piece, tenant farming and the adjacent practice of sharecropping—in which the landowner takes a percentage of the crop or profit—was not limited to the South, having a strong presence in the Midwest and North.

Because the Times style section is essentially a high-minded troll blog, the story blew up. (“I see the NYT Real Estate section discovered sharecropping,” one reader wrote.) But, like similar tales of liberals gone bad, like the now-infamous eco-slumlords of Brooklyn, the story ends up signifying something bleak about what reads as altruism or even basic fairness in our present moment. This couple, probably with honestly good intentions, is now magnanimously allowing a pair of workers to pay them $12,000 in annual rent while also spending their life savings to prepare land they don’t own. The black marble countertops in the bespoke farmhouse are just the highly stylized trappings of a larger trend: A salt-the-earth approach to labor that increasingly forces workers to shoulder all risks and burdens for an ownership class that’s sitting back and cleaning up. Call it Togather or Uber or whatever you’d like, but it’s all the same con.

American farming is, by design and not by nature, an exploitative shell game, run by those wealthy enough to write the rules. It’s why the National Labor Relations Act and the Fair Labor Standards Act of the 1930s both included carve-outs that provided landowners relief from following labor protections and minimum wages set for nearly every other industry. It’s why American farming, today, in 2020, still depends heavily on underpaid and underprotected undocumented workers. It’s why the tenants that Kwak and Ko currently have working the farm admitted to the Times that they burned through their life savings in the first year because they had to install a well, build greenhouses, put in fencing, and replenish the soil. Should they fall behind on their 30-year lease and get evicted, all of these improvements would ultimately bolster the long-term finances of one group: their landlords.

This is the way that land ownership has been trending for decades now, with a select few claiming ownership over large swaths of the available private property: As of 2017, 100 individuals own a New England–size chunk of the nation’s land. The oft-mentioned “small family farms” that dominate the political ad cycle are more often than not farms operated by families but owned by massive agriculture corporations. This is the kind of scenario—no real route to ownership for your average person—that might make subsidized rent in a nice house seem like a dream deal. Still, in an interview with The Alchemist’s Kitchen in April, one of the tenant farmers from the Times story admitted that he and his wife had to find additional employment at a seed company during the off-season to cover their bills.

But this isn’t just about farming. In reality, the nu-tenant farming idea at the center of Togather is more akin to the Silicon Valley tendency to shift as many of the operational costs and risks onto individual workers as is legally possible. Think about how Uber and Lyft “discovered” that it was in fact cheaper to take a hefty percentage of their drivers’ meters while asking them to cover all car-related costs and not offering them health insurance. Or take this recent piece on Mars colonization by CNN Business reporter Jackie Wattles, in which Elon Musk described his plan to colonize the red planet as “life insurance for life,” while his business ally Robert Zubrin casually floated the idea of “indentured servitude” as a way working and middle-class people could afford the trip. “If somebody says, ‘But won’t there be exploitation there?’ Well sure,” Zubrin told CNN, “that’s what people do to each other all the time.”

None of these efforts are particularly smart or clever. It doesn’t require an impressive I.Q. to reach the conclusion that getting people to effectively pay you to work for them will result in you becoming even wealthier than you already are. That just takes seed money and a quick perusing of Wikipedia or YouTube to figure out how slave owners made their nut. The question is whether today’s wealthy can stomach an aesthetic reframing of centuries-old abhorrent labor practices in the name of fulfilling their dreams. Apparently, the answer is yes.