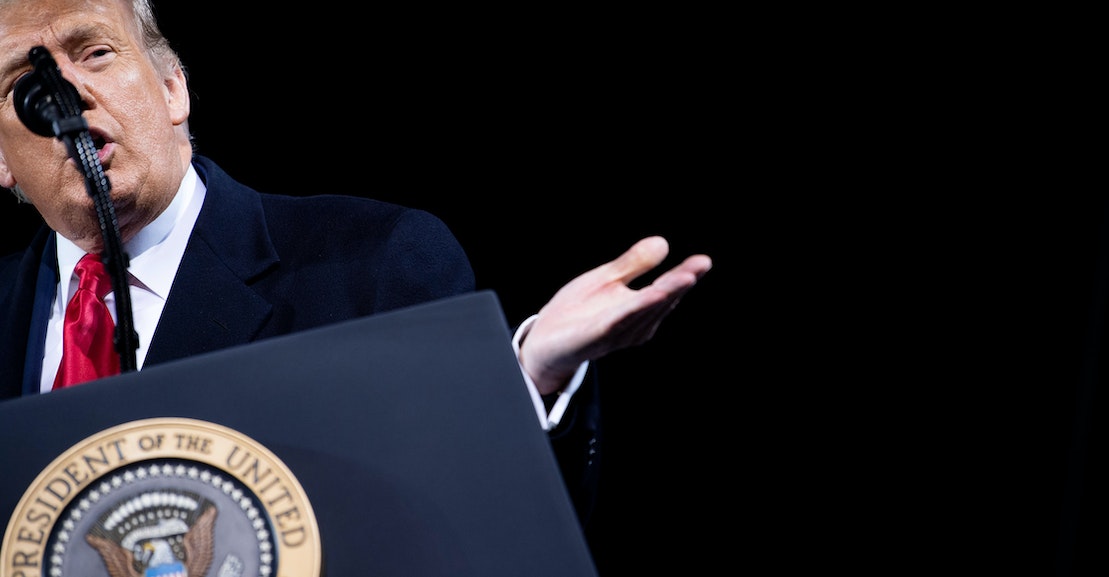 On August 6, President Donald Trump signed two executive orders declaring that the popular apps TikTok and WeChat “threaten the national security, foreign policy, and economy of the United States.” Last week, the Trump administration promised to make good on its threats, with downloads of both apps scheduled to be banned on Sunday, September 20. In typical Trumpian fashion, the threats rang hollow: TikTok’s U.S. operations are on the verge of being sold to a partnership between Oracle and Walmart, and a California judge has blocked the WeChat ban, saying that it impinges on the freedom of speech of Chinese expatriates communicating with family and friends back home. (An estimated 19 million people in the U.S. use WeChat, which has more than a billion users worldwide.)

Trump’s ham-fisted attempts at implementing the executive orders have been a complete mess, a farrago of diplomatic and economic policy that reflects many of the larger failures of his administration. As if we needed any further confirmation, here it is: Trump and his failson acolytes know little to nothing about deal-making, much less the complex machinations of large tech companies, international data transfers, online communication, and digital surveillance. And in using TikTok and WeChat as a kind of proxy battlefield in America’s larger rivalry with China, the administration has further clouded the fact that the abuses of Big Tech aren’t contained to national boundaries at all.

Since declaring TikTok and WeChat to be dangers to the American people— particularly the millions of young people who, we are reminded, are having their data cruelly harvested by our Chinese adversaries—the administration has scrambled to respond to this supposed threat. In the case of TikTok, the favored option seemed to be to force a sale to an American tech Goliath. Microsoft—which is not close to the Trump administration but did win a highly coveted Pentagon cloud-computing contract last year—was the initial front-runner. Even in those early stages, it wasn’t clear what Microsoft might be getting for its money, though most reports indicated that Redmond would be bidding for rights to TikTok in several English-speaking countries—hardly the hostile takeover that Trump might have envisioned.

When Microsoft’s bid failed to gain traction, Oracle and, somewhat improbably, Walmart emerged as contenders, the two companies working in tandem. Besides Palantir, Oracle may be the tech company with the strongest ties to the Trump administration, with Larry Ellison and Safra Catz, its two top executives, having become some of Trump’s proudest Silicon Valley supporters. It seemed that Trump was essentially giving a gift to some loyal, powerful allies, while also providing an assist to a retailer that competes directly with Amazon, a company Trump detests.

The Chinese government still needs to sign off on the deal, but for their troubles Oracle and Walmart will likely host TikTok’s data and operations in the U.S., and they will have the option of participating in an early initial public offering in which they can purchase up to 20 percent of a new TikTok Global company. The ownership situation gets a little more complicated the closer one looks. As NPR noted, ByteDance, TikTok’s Chinese parent company, “is expected to own about 80 percent of the company, but since 40 percent of ByteDance is owned by U.S. investors, TikTok Global says it is majority owned by American investors.”

In other words, this deal clarifies nothing. While China maintains its Great Firewall and widespread surveillance and censorship of its citizens’ activities, its tech industry is not neatly separated from the rest of the world. Tencent, the owner of WeChat, is a sprawling conglomerate that also holds significant interests in several major American gaming companies, such as Riot Games, Epic Games, and Activision Blizzard. It’s invested in hundreds of companies worldwide, making it nearly as influential as some of its U.S. counterparts. Untangling these investments would be complicated and messy and would surely receive heavy pushback from Tencent and the Chinese government. Even so, Tencent’s U.S. holdings are already under the microscope. As Bloomberg recently reported, “The Trump administration has asked gaming companies to provide information about their data-security protocols” related to Tencent.

It’s understandable to be wary of a country that engages in hacking and surveillance on a mass scale, whose increasingly authoritarian government holds great influence over its tech industry, and whose security services maintain incontestable legal authorities to access people’s personal information. Privacy is a close cousin of liberty. And rather than being inherently emancipatory and democracy-building, digital technologies have proved to be handy tools for governments that crack down violently on protests and fill their vast prison systems with oppressed minorities.

And then there’s China. Even the most jaundiced Trump critic would admit that China is further down the road to totalitarianism than our debauched and doddering republic. Its citizens have few political rights, and the ongoing Uighur genocide is an obscenity. But our own moral ledger, particularly since 9/11, is also stained with blood. Any sensible person should be able to denounce Chinese human rights abuses without being press-ganged into the largely right-wing effort to position China as a new Cold War adversary.

As Trump’s botched economic pressure campaign shows, our economic entanglements with China are undeniable, perhaps even inextricable. Nowhere is that clearer than in the tech industry, where a previous campaign against Huawei produced middling results—forcing the telecom-and-smartphone giant out of some countries, cementing its deals in others, and spurring it to produce an operating system that will now compete directly with Android and iOS.

In this tired Cold War reboot, Trump’s bloated tech chauvinism casts Chinese companies as avaricious collectors of innocent people’s data. To what end—who knows? The danger to a Chinese expat who still has family on the mainland is, of course, far more than to a 14-year-old TikTok user in Ohio. A recent leak of a Chinese defense contractor database revealed that at least one well-connected company, if not the Chinese government itself, is maintaining records on millions of prominent people around the world. The implications are ominous.

But perhaps a more disturbing truth is that everyone with means is doing this, with untold companies and countries sucking up as much personal data as they can, wherever they can, and doing whatever they want with it. Forget the jingoistic helter-skelter surrounding TikTok and WeChat. Most of our apps are spying on us, with a number of them selling that information directly to American intelligence agencies and who knows who else.

For this state of affairs, we can largely blame the American tech companies that, with the blessing and occasional financial support of the CIA and the Defense Department, developed an entire economy and ideology around the handling of personal data. Some call it surveillance capitalism, but that term has begun to wear thin. It’s more like the financialization of the self—everything you do, every utterance recorded, made permanent, bought, sold, piped into automated programs that try to manipulate you into buying more, clicking more, revealing more. It’s an ouroboros of privacy-annihilating systems, chipping away at our free will. Banning a couple foreign apps won’t fix that. But then, what will?