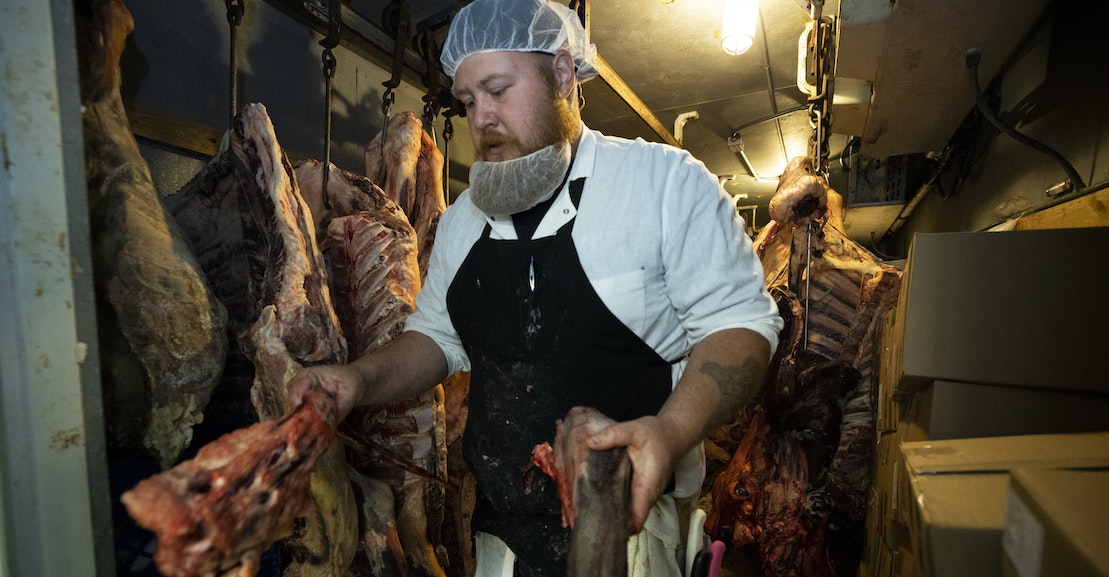 If it feels to you as though the
Covid-19 emergency is never going to end, that may be because September 13 will mark
its six-month anniversary. Six months is a very long time for
a public health emergency to last—too long, we can all agree. But it’s more
than enough time for the federal government to convey the message that any
business that fails to provide workers reasonable protections on the job from
coronavirus will pay dearly for its negligence.

Yet from March 13 to the present day, the Occupational Safety and Health Administration, the federal agency that
polices such matters, has issued—would you like to guess how many citations?

Do I hear 10? The Trump
administration isn’t terribly keen on regulatory enforcement, so probably it’s
forced itself to issue about 10 citations, right?

Wrong. It’s issued three. The fines
levied on the three scofflaws, if combined, would not be sufficient to purchase
a new BMW X5.

The first citation, issued in mid-May, went to Winder Nursing,
Inc., a  retirement home in Winder, Georgia, where six workers were
hospitalized. OSHA cited the facility for not reporting the hospitalizations in a timely fashion. An initial fine of $6,506 was later negotiated down to $3,904.

The second citation was issued in July
against three nursing home
facilities owned by OHNH LLC, an Ohio-based holding company. Seven
employees were hospitalized. OSHA wrote up the company for poor face
protection. For example, workers were wearing the same N95 masks for as long as
seven days. The fine, which will likely be negotiated downward, was $40,482.

The third citation, and the first to any business that
wasn’t a nursing home, went this week to a Smithfield pork
processing plant in Sioux Falls, South Dakota. Smithfield did such a lousy job
protecting its workers from exposure to Covid-19 that it became a national scandal. The latest count is that 1,294
workers contracted Covid at the pork plant, of whom four died. The company was
uncooperative with OSHA’s investigation, initially going to court to block the
agency from examining workers’ medical records. The Centers for Disease Control and Prevention later issued a blistering report on the company’s negligence.
Smithfield was a classic bad actor.

“This is essentially telling the country that a pork shoulder is
worth more than a worker’s life,” said David Michaels, who ran OSHA under
President Barack Obama and teaches now at the George Washington University
School of Public Health.

OSHA claims that $13,494 is the
maximum penalty it’s permitted to impose under the law. That may strike you as
implausible, and so it is—it’s not true at all. The $13,494 fine is OSHA’s ceiling
for a single serious violation, but there have been plenty of
instances in the past when OSHA derived multiple “willful” violations out of
one bad action. The only reason OSHA regulators couldn’t, in this instance, was because
they were operating under the agency’s “general duty clause.” That clause is
embedded in the 1970 statute that created OSHA: It holds that employers must
keep workers “free from recognized hazards
that are causing or are likely to cause death or serious physical harm.” For
complicated reasons, OSHA can’t easily charge multiple “willful” violations
when it’s using the general duty clause. Hence the paltry Smithfield fine of
$13,494.

So why was OSHA
relying on the general duty clause? Good question! OSHA’s enforcement officials
consider the clause one of its weakest enforcement tools and have seldom used
it in the past, even under Trump.  (In fiscal year 2018, the general duty
clause was applied in only 1.5 percent out of a total
of roughly 60,000 OSHA citations.) If the
Trump Labor Department, which oversees OSHA, were at all serious about
enforcing worker safety during the pandemic, then six months ago it would have
issued an “emergency temporary standard” to establish clear rules about what
employers must do to protect workers during this emergency. But OSHA refused
to, probably at the direction of the White House.

Now the Trump
administration has the nerve to claim that its hands are tied. That’s nonsense.
When OSHA uses more effective enforcement tools at its disposal, it can collect
upward of $1 million. Under Michaels, for instance, OSHA was able to level a $1.4 million fine in
2016 at a Wisconsin shipyard for multiple “willful egregious” violations
of lead safety standards. The state of California this week levied a
$200,000 fine for Covid-19 workplace violations that it said were committed by a
frozen food manufacturer called Overhill Farms.

The Wisconsin
shipyard that got hit for $1.4 million generates about $23 million in annual
revenue. Overhill Farms, which paid out $200,000 to California regulators,
generates about $200 million. Smithfield, which got hit for less than $14,000,
has revenues in the neighborhood of $15 billion.

This isn’t
rocket science. Trump’s OSHA isn’t collecting serious fines from employers that
put workers’ lives at risk because it doesn’t want to. It doesn’t want to levy
the fines, and it doesn’t want to send any signal to businesses that they’ll be
held accountable. Under such circumstances, it would be irrational—perhaps even
financially irresponsible—for Smithfield, or any other company, to
do very much to protect its workers from Covid-19. And that suits our
Covid Denier in Chief just fine.