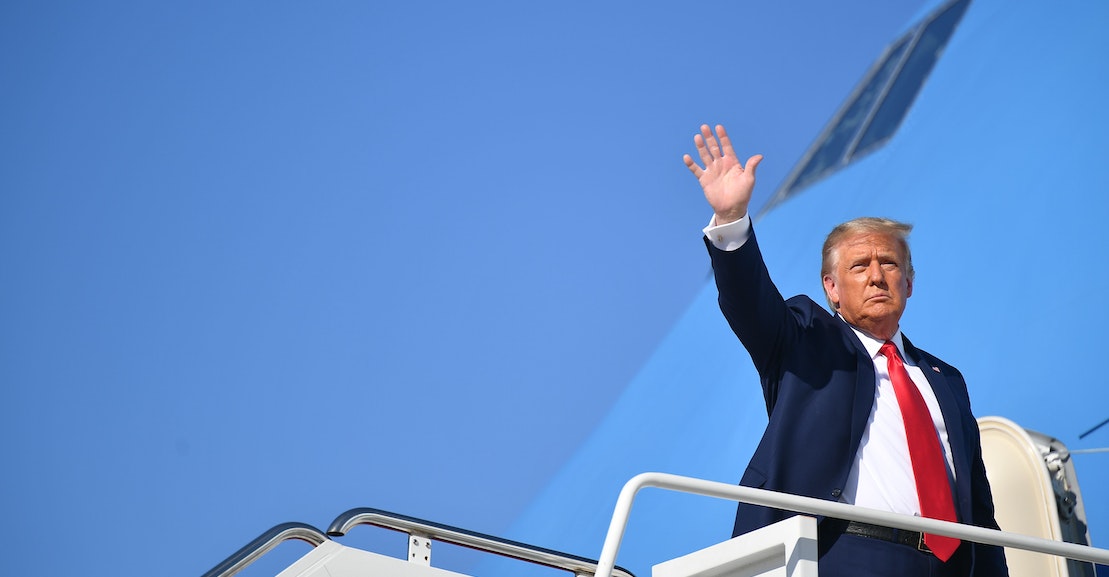 Jesse Helms did not keep secrets. This is about the kindest thing that could be said about the still steaming legacy left by the longtime Senator from North Carolina, but it is and has always been true.

When Helms was a pseudo-journalist at popular Raleigh radio and television station WRAL, he publicly hitched his cart to Willis Smith, a candidate for one of the state’s two Senate seats in 1950; Smith nearly conceded the election before Helms convinced him to push for a run-off, a campaign that peaked with its infamous, “White People Wake Up” ad. Eight years later, as a city councilor, Helms wrote a letter openly opposing an upcoming visit by Martin Luther King, Jr., feeling it would be “a blot on the good name of Raleigh.” Helms steadfastly opposed and berated Brown v. Board of Education, the Voting Rights Act, and the Civil Rights Act through his dying day.

After being elected to the Senate in 1972, Helms, who at one point was, chair of the Subcommittee on Western Hemisphere Affairs before rising to Chair of the Foreign Relations Committee, defended a horrific murder committed by the soldiers of Chilean dictator Augusto Pinochet by saying of one of the victims, “the boy’s mother was a communist.” He opposed a federal MLK holiday, voted against the Violence Against Women Act because it included protections for LGBT citizens, and thanked a caller on Larry King Live who praised him for “everything you’ve done to help keep down the [n-words].” He ran the 1990 “Hands” ad, a literal textbook example of race-baiting. And in a condolence letter Helms wrote to Patsy Clarke, a long-time campaign donor who had lost her son, Mark, to AIDS, he told Clarke that he wished Mark, “had not played Russian roulette with his sexual activity.”

This was Jesse Helms, out in the open for all to see. He did not apologize; he did not repent. By every available account, who he was in private is who he was in public: a virulent racist and homophobe who doused himself in good-ole-boy-isms and played the role of Protector Of The People while amassing a three-decade reign atop one of the federal government’s most prestigious and inaccessible offices.

It feels important to note this plainly now—a dozen years after his passing, situated firmly in a political reality he would have relished in seeing—if only because the passing of time naturally encourages us to soften our collective memories of people, even if the figures they cut were as jagged as Helms’s. Some of this can be attributed to human nature. But, as we found out this week, it’s also the product of people strategically plotting to save their own ass.

Danielle Pletka, now a senior fellow at the American Enterprise Institute, spent a decade working for Helms when he was head of the Senate Foreign Relations Committee, beginning in 1992. In a 2008 obituary column for her former boss in The New York Sun, Pletka described Helms as, “a happy warrior in a just cause,” and “a man of profound conviction, unflinching honesty, and true compassion.” Just as Helms’s actions have not changed in the time since, neither has Pletka’s defense of her indefensible mentor. But last week, the publication of a much-derided op-ed in The Washington Post, forced Pletka’s own resumé into the spotlight. And with it came a hefty dose of damage control.

As I have argued before, Helms’s brand of politics—which even during its time was described as being outdated and cruel while also being undoubtedly successful—was a precursor to the current state of conservative governance. For that reason, attention should be paid to those who try to explain away, or just dodge outright, their professional connections to near-universally reviled political figures such as Jesse Helms. In the years to come, when Trump’s own minions surface in public, attempting to claim some level of professional respectability or be reborn in the dignified setting of the professional political media, they’ll be following the same strategy as Pletka.

Pletka’s recent foray in The Washington Post, headlined “I never considered voting for Trump in 2016. I may be forced to vote for him this year,” was a model of noxious false sincerity. She confessed that she feared Trump’s “erratic, personality-driven decision-making” and admitted that “execrable gun-toting racists have received too much tacit encouragement” from the president, but this was all a prelude to a sudden, tire-screeching right turn in which Pletka described how the promises of left-wing Democrats—commitments to do such things as provide free universal healthcare and proactively combat climate change—were, for her, a step too far. “Trump, for all his flaws, could be all that stands between our imperfect democracy and the tyranny of the woke left,” Pletka concluded.

Going against every discernible instinct of self-preservation, Pletka subsequently agreed to an interview with The New Yorker’s Isaac Chotiner to discuss her column. Chotiner used his time with Pletka to try and reckon her purported dedication to anti-racism with both her public show of support for Trump and her past as a long-time Helms staffer. It is only through her explanation of the latter that it becomes clear how the former is possible.

Responding to a question asking how she feels now about her time working for Helms given his very public history of racism, Pletka pulled a familiar card from the deck. “In my work with him, he never uttered a racist statement, never betrayed a racial bias,” she told Chotiner. She eventually conceded that, “there may have been a Jesse Helms one day who did things that were wrong,” but that day conveniently fell outside her tenure. When pressed to admit Helms’s wrongdoings, Pletka stood firm: “I worked for him on the Middle East and South Asia, and I was very proud of what we accomplished.” When pressed again to acknowledge her claims of anti-racism stand in conflict with her defense of Helms, she became slightly indignant, responding “Are you questioning whether I’m opposed to racism and all it forms?”

Pletka herself is not a particularly interesting or engaging person. Her claims that the work environment maintained by Helms was one of decency and respect were swiftly debunked. That her credulity straining declamations about how she is now being driven against her will to vote for Trump came to be published in The Washington Post at all isn’t so much feat of her influence as it is an example of the risible sort of tripe that has come to find a happy home on the Post’s haywire opinion pages. Nevertheless, there is some useful material to extract from this episode, in that her response to being stamped as a hypocrite and enabler of racists feels disarmingly prescient—we’re going to see those who served Trump loyally attempt the same sort of slithery dodges.

In some ways, we’ve already seen how this will play out. Former White House chief of staff John Kelly waved his arms and jumped up and down as he tried to convince the country that he was merely trying to be a voice of reason amidst the chaos of the Trump administration. Omarosa Manigault Newman only found her voice after she was canned, deciding then—once she’d secured her book deal—was the time to write that she “could no longer be a part of this madness.” Gary Cohn, like Kelly, cast himself and his core team of trickle-down hucksters as the sole bastion between Trump’s insolence and global economic devastation.

But these are the easy ones. Sean Spicer already appeared on Dancing With The Stars. John Bolton already cashed his advance. Those who have abandoned the Trump White House prior to his administration’s final day, whenever that comes, will follow these same Pletka-esque paths out the exit door, rewriting their history of co-conspiracy into something more innocent or innocuous. In so doing, they’ll be making the easiest available bet: that framing this entry on their resumés as attempts to save the country from Trump’s impulses would net them a quick buck and a future ensconced within the Beltway elite.

The more telling examples won’t emerge for a few years. Those will be the airbrushed cable news profiles of Ivanka Trump or Jared Kushner after one of them announces their own inevitable candidacy, or the Fox News statement accompanying an announcement of a cushy position for Kellyanne Conway, or the quiet opening of a Silicon Valley executive board seat for Dan Scavino. Here, in these instances, the left and the center will ask the same questions Chotiner asked Pletka: Aren’t you at least a little ashamed to know you’ll forever be linked with such a man? If you’ve been paying attention, you’ll be prepared for the pattern of responses: Denial, distancing, and, finally, indignation.

To succeed as a conservative operative does not require savvy or skill; it requires shamelessness and a straight (and preferably white) face. As Trump will one day boast his presidency as an impossible success, Helms was, to his dying breath, remarkably proud of the harm he managed to rain down from the Senate. After three-plus decades in the Senate, his friends, employees, and colleagues—including current Democratic presidential nominee Joe Biden—chose not to use his career as a cautionary tale about what happens when racist and reactionary politics dictate one’s course, but instead tried to remember the good man behind the character and intone about the days of bipartisanship. To expect anything different from a post-Trump world is to forget why a Trump administration existed in the first place.

Following Helms’s retirement from the Senate in 2002, it is very clear what should have happened: Every staffer and elected official that remained a loyal follower of Helms’s obstructionist, power-by-any-means-possible approach to achieving a return to the lily white days of Jim Crow America should have been handed a banker’s box in which to pack their personal effects and escorted to the nearest train bound for points beyond Washington, D.C. The same should be what happens when Trump leaves office. But it won’t. Instead, the people currently filling up the White House will keep maneuvering their way up the ladder. Maybe they’ll go on to be successful politicians themselves, or run campaigns, or slither into corporate gigs. But they will not disappear, and they will only have so much restraint before they become incredulous at having to constantly respond to questions about their current complicity.

Anyways, this is all to say that I am very much looking forward to flipping through the opinion section of The Washington Post in 2032 to read Stephen Miller’s op-ed, “I Just Can’t Bring Myself to Vote For AOC, so Looks Like I’m Sticking With The Fascists.”