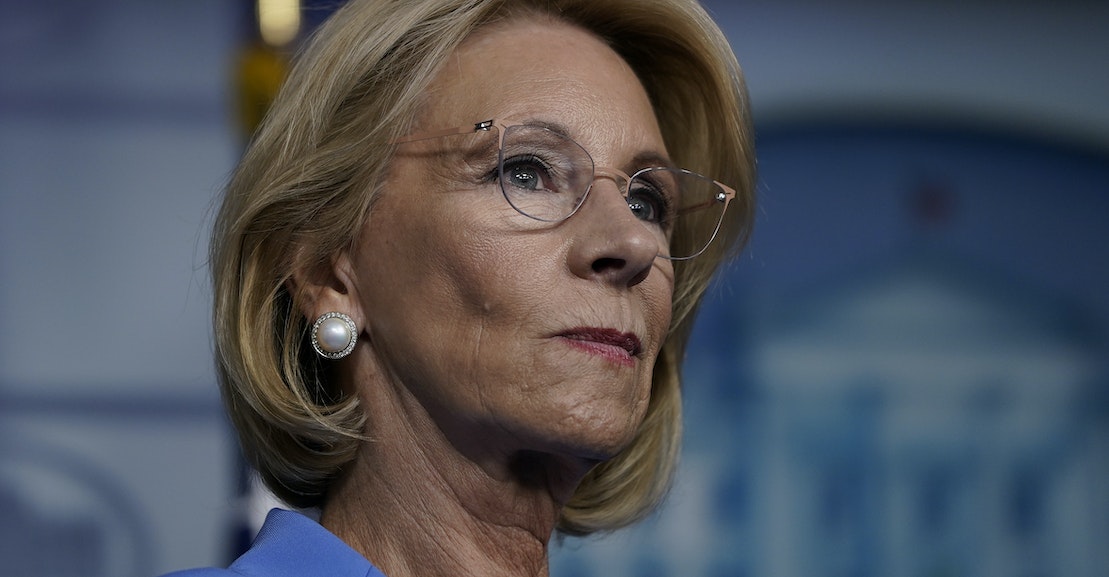 Last October, the Supreme Court heard three cases which argued that Title VII of the Civil Rights Act of 1964, which bars discrimination on the basis of sex, includes discrimination against people on the basis of sexual orientation or gender identity—even if it didn’t use those words explicitly—because these kinds of discrimination are inextricable from sex-based discrimination. That argument succeeded, but it was far from a given, not with a court to which Justice Brett Kavanaugh had just been appointed, not with Trump’s Department of Justice reversing course from the Obama administration’s guidance on including LGBTQ people in such civil rights protections.

It was also a fragile victory. The Trump administration has not been slowed in its attempts to roll back trans rights, in health care, in housing, and in education. A civil rights victory at the Supreme Court, even a high-profile one, doesn’t guarantee those rights. A win there can’t provide trans people the resources to take on multi-year anti-discrimination cases. Often times, as we have seen with abortion rights, a big win emboldens the opponents of a given right to just escalate their attacks elsewhere.

This is what we are seeing happen now, as the Department of Education has threatened to withhold federal funds from several Connecticut school districts, claiming the schools are violating federal anti-discrimination laws by allowing transgender students to compete in athletics. They claim that because the school districts are members of a statewide student athletics conference with a policy of permitting students to participate in athletics in accordance with their gender identity, they are in violation of Title IX, which protects students from discrimination in education.

If the school districts don’t comply with the Education Department’s demands to leave the conference by October 1, they stand to lose around $18 million dollars meant for school desegregation programs. It’s just the latest front in a national campaign, spearheaded by the conservative Christian organization the Alliance Defending Freedom (ADF), to launch another panic like the one over transgender students and school bathrooms, which they also helped spread.

Last year, ADF identified three students in Connecticut school districts who say they have been discriminated against, as cis girls in student athletics programs, by the participation of trans girls. (ADF also refuses to acknowledge that the trans girl athletes are girls.) They filed a complaint on their behalf with the Education Department’s Office of Civil Rights. As ACLU Connecticut Legal Director Dan Barrett told Outsports at the time, “This complaint is just another way of taking away personal autonomy and making the government ‘the gender police’. That’s offensive and it’s just another attack on trans people.”

ADF followed up with a federal lawsuit in February. When they announced it on the steps of the capitol building in Hartford, they reprised the baby pink signs they had used in protest on the steps of the Supreme Court during the Title VII case and the same invented threat: the need to protect cis women and girls. Meanwhile, student athletes in Connecticut, like Andraya Yearwood, have been harassed in their towns and in competitions, because they are trans girls.

“This is all part of ADF’s larger strategy to attack trans people and entrench retrograde notions of sex in law,” Chase Strangio, deputy director for Transgender Justice at the ACLU’s LGBT & HIV Project, told The New Republic by email. “In 2016, the focus was on restrooms and when they largely lost that battle in court, at the ballot, and in state legislatures by the end of 2018, they pivoted to sports. Through sports they are trying to play on people’s reflexive fear of trans people and our bodies and tap into the long history of eugenics, social control and sex verification that have been a part of women’s inclusion in competitive sports since the early twentieth century.”

Watching a group that has been described as a “Christian legal army” discover the virtue in women’s sports—but only as a cudgel against trans people—has at times looked like a last gasp at pushing back trans rights, one that may have picked up little steam had they not had the president on their side. Their attempt at using state laws against trans students in sports failed earlier this year in Idaho, with the “Fairness in Women’s Sports Act.” Though it passed in March, a federal court overturned it in August. Even when they lose, ADF gets an opportunity to make deeply sexist and anti-trans arguments to state legislatures and through the media. And according to the American Civil Liberties Union, twenty such anti-trans bills were introduced across the country in 2020.

With the Supreme Court’s decision in May on the LGBTQ rights cases (now consolidated as Bostock v. Clayton County), trans students stood to benefit, too. But the Education Department has continued their threats against the school districts who won’t discriminate against trans student athletes. It looks like the Trump administration is undermining the Supreme Court’s decision, which we know is often an easy enough thing to do.

The ADF and their allies in rolling back trans rights already had chosen their path forward: to take it to the schools, to misleadingly pit the rights of cisgender girls and women against the rights of trans people. The Trump administration has all but teamed up with them now. Not only are they acting inconsistently with the court’s precedent in Bostock, said Strangio, but the Department of Education’s threats to withhold federal grants is “wholly unprecedented.” They are willing to deprive students funding to push their losing policies.

When it comes to enforcing federal civil rights laws, including Title IX, Strangio said, “The administration has made it clear that they do not intend to follow Bostock.” They continue to push discriminatory policies against trans people, and so “many of these questions will end up in court.”

Back in May, as much as there was to celebrate in the Court’s decision, it was also a reminder of how, despite such high-profile wins and increasing visibility, trans rights are far from legally protected. Rushing to declare this another “culture war” victory, as liberal commentators did after the 2015 marriage equality wins, was and remains a dangerous mistake. One big fight obscures the more mundane ones.