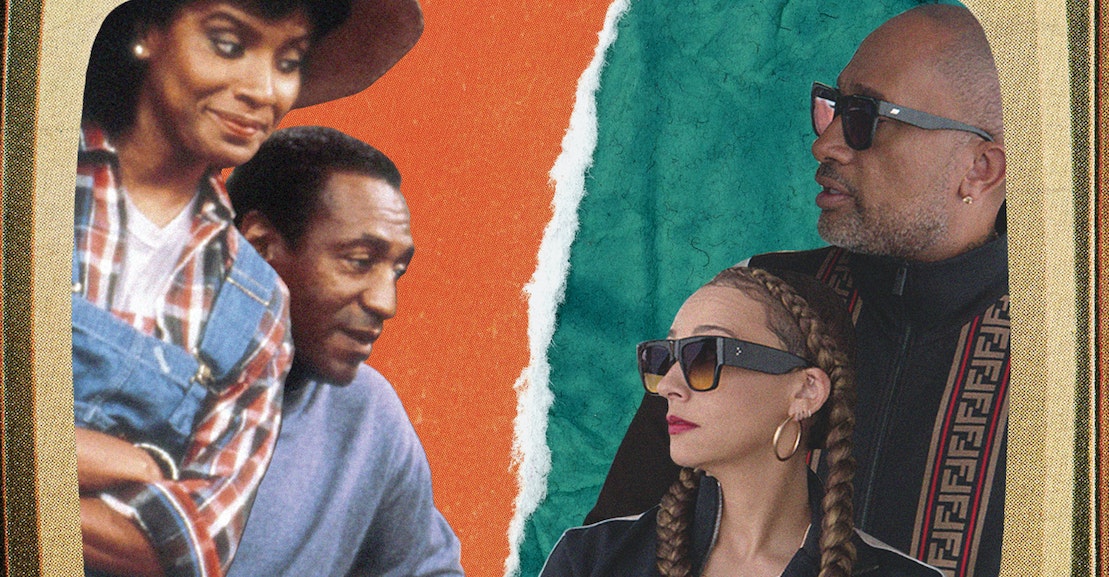 Once, in the mid-1980s, I was invited by a black undergraduate student group at Yale to lead a fireside discussion in one of the residential colleges. I was bemused to learn that the group had planned a half-hour break in the program so they could repair together to watch that week’s episode of The Cosby Show. As I sat in the common area and waited for their return, it occurred to me that they were at least in part modeling the behavior of upper-class black adults—much as some True Blue white male undergrads would practice being their fathers in the ivied preserves of Yale.

Those students and their general cohort were on the leading edge of a new, appropriately race-conscious, post-segregation–era black upper class. They were already selecting out just whether and how their class consciousness and race consciousness should combine. At around the same time, such students were struggling to navigate what it meant, how it would be possible, to be black and upper class in an integrated world. Lorene Cary’s thoughtful 1991 memoir, Black Ice, captured one strain of this response, which was for basically middle-class, or the already diminishing numbers of lower–middle-class, students to adopt “hood” personas. Via this cultural alchemy, urban school nerds were transformed into streetwise corner boys and girls in the cloisters of elite prep schools. Others lamented the alleged injustice entailed in the project of defining and enforcing the reigning terms of racial authenticity; why should those who claimed impoverished “ghetto” backgrounds be the de facto arbiters of true cultural blackness?

Meanwhile, auguries of how these tangled race and class identities and affiliations might be harmonized were already turning up. A year or two before my encounter with the Cosby moment, a very bright, self-assured undergrad asserted emphatically in a seminar I was teaching that the purpose of the civil rights movement had indeed been to allow her and people like her to go to Yale and then to work at Morgan Stanley, which she was preparing to do.

The Cosby Show, certified as it was by black psychiatrists, provided appealing black upper-class family role models. Its content was deemed wholesomely aspirational, not only for the future but also for the past. For those who did not come from upper-status backgrounds, Clair and Cliff Huxtable were the parents they were supposed to have had for the class position they assumed would be theirs. In that sense, the Cosbys provided black bourgeois aspirants a powerful shared (if imaginary) social background that validated their class position by projecting it backward in time. In other words, The Cosby Show worked for its aspirational black middle-class audience in much the same way that Merchant-Ivory films provided their professional-managerial class devotees a vicarious Edwardian-era bourgeois lineage.

Between the Huxtables’ heyday and the Obama presidency, popular culture tracked the new black upper class’s movement, as it traversed the critical odyssey from being a class in itself to becoming a class for itself. In 1994, journalist Ellis Cose published The Rage of a Privileged Class, which both marked the proliferation of a black upper-middle class and the particular racial frustrations that that stratum experienced. A spate of light films and rom-coms in the 1980s and 1990s—Spike Lee’s She’s Gotta Have It and School Daze, the Hudlin Brothers’ House Party series, Sprung, The Inkwell, Waiting to Exhale, to mention only a few—played in more or less muddled ways with the tensions between racial identity and class aspiration. And the hit sitcom The Fresh Prince of Bel-Air took up the same themes on the small screen. This emerging genre stood out in striking contrast to the simultaneous proliferation of naturalistic urban pathology/underclass films, such as Juice, Sugar Hill, Jason’s Lyric, New Jack City, Menace II Society, and John Singleton’s reactionary films Poetic Justice, Boyz n the Hood, and, worst of all, the 2001 Baby Boy. This narrative bifurcation—aspirational sagas of upward black mobility pitched against lurid accounts of ghetto pathology—continues largely undisturbed in today’s cultural scene.

Such trademark depictions of hectic black striving, while occasionally gothic, aren’t fanciful. Between 1967, when the Obama Ivy League cohort were small children, and 2016, the percentage of black families earning $35,000 to $100,000 in annual income (measured in 2016 dollars) increased; however, the greatest increase was among those earning $100,000 or more. As I noted in my previous column on this subject, in 1967, the number of African American families with incomes of $200,000 or more was negligible. By 2016, just under 3 percent of black families had such incomes, and nearly 15 percent had incomes over $100,000. Those with incomes between $100,000 and $200,000 quadrupled from 3 to 12 percent of the total.

The Obama presidency may have been midwife to the new black upper class’s ever more self-confident transition into a position of cultural and political leadership. And this ascension coincided, significantly, with the emergence of the “racial wealth gap” as the principal economic issue for black politics. Studies have generally found that, at all levels of income and education and in all regions, African Americans possess considerably less individual or household wealth than whites. (However, the numbers also show that the best way to attack the racial wealth gap is through massive downward income redistribution to reverse the last four decades of regressive redistribution, from which only the top 10 percent or so of black earners have benefited.)

There are two little-noticed features of this relatively new focus on a racial wealth gap. One is that it treats racial inequality exclusively in a framework of wealth management. That is to say, the singular concentration on the wealth gap separates economic inequality from jobs, wages, income, and overall performance of the economy—and in lieu of such broader considerations, it embraces the neoliberal premise that personal wealth is the most important cushion against insecurity and the basis for opportunity. By 2018, research was showing that a crucial limiting factor in wealth-gap theorizing was coming to the fore: namely, the finding that even the wealthiest African Americans are less capable of passing on their wealth and status position intergenerationally than their white counterparts are. Of course, other apparently generically racial issues like mass incarceration and profiling, or all sorts of disadvantageous racial disparities, capture the black upper middle class’s attention at least rhetorically, as well as more evanescent ones like opposing “systemic” or “structural” racism. But in keeping with the class-centric character of the contemporary black political agenda, those issues are not posed in a way that demands or even points to resolution. (How, after all, would one “eliminate ‘structural racism’”? How could one even delimit it confidently?) The imprecision of such rhetoric strongly indicates that the legacies of these sweeping historic injustices aren’t the real action items on the agenda.

Instead, the project of wealth-gap closure seems to rest exclusively on benchmarks of individual striving, and symbolic political breakthroughs. There’s much lauding of entrepreneurial activity, including “social” entrepreneurship like mentoring programs and other initiatives that accommodate the retreat of the public sector, combined with the pursuit of supposedly more equitable distribution of honorifics and prestigious appointments.

The other even more telling fact about the racial wealth gap is that, despite its persistence at all levels of wealth and income distribution, it is greatest by far among the upper strata. Indeed, just as 75 percent of “white” wealth is held by the top 10 percent; more than 75 percent of “black” wealth also is concentrated among the top 10 percent. Unsurprisingly, it’s at the top that the gap is felt most acutely; the trials of the co-worker whose parents provide the down payment on a $700,000 condo are not generally fodder for discussion among the working class.

We’re also now witnessing a signature pop culture production that distills the upper–middle-class enclosure of racial aspirations, much as The Cosby Show did in the 1980s. Kenya Barris’s Netflix series ­#blackAF, even more than his hit sitcom Black-ish and its spin-offs, attests to the class’s full emergence as an iconic presence and distinctive voice in American cultural life. The show lovingly chronicles the fictional Barris family’s more or less lighthearted navigation of their world of wealth and standing that is beyond thinkable for all but a tiny minority of Americans of whatever race or color. Most of all, #blackAF lauds the Barris clan’s ability to craft and maintain a prideful race-consciousness and sense of racial grievance appropriate to their elevated but race-inflected social world. In so doing, the show neatly captures, albeit almost farcically, both the class’s privilege and the basis of its rage. It’s no wonder, then, that they’re not much preoccupied with questions of progressive redistribution—any more than the show’s intended audience would appear to be.