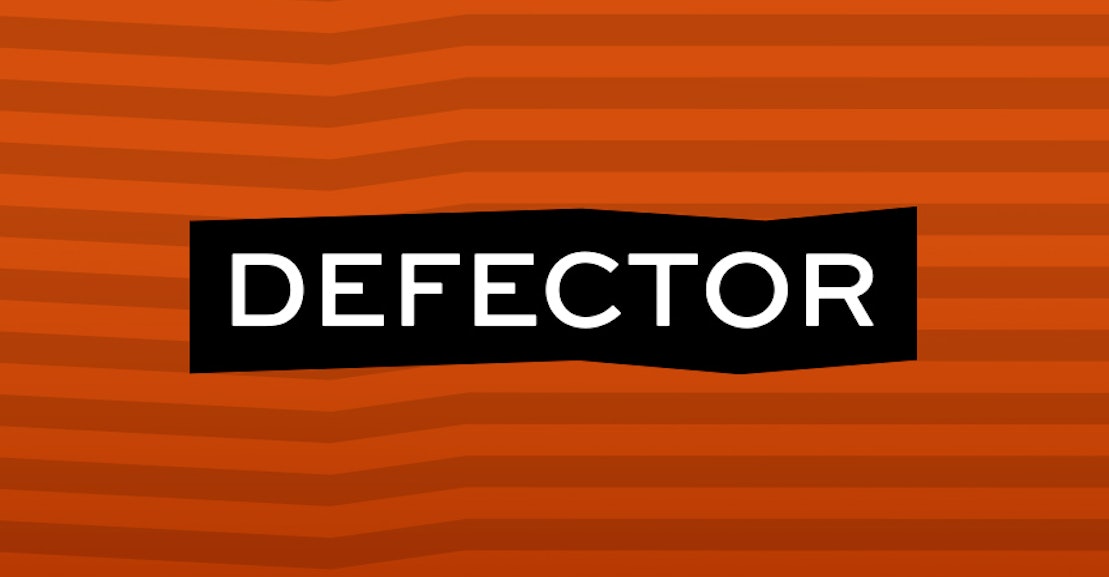 When the staff of Deadspin resigned en masse last fall, it felt like the end of an era of online journalism. The fun internet—best embodied by the old Gawker Media sites and The Awl—was gone, undone by tech companies, private equity goons, and a lawsuit from Hulk Hogan and Peter Thiel. These sites were out. What was in? Nothing good.

Deadspin’s private equity–backed management took a look at what the staff was doing successfully and decided the wisest course of action would be to demand that they stop doing those things. When interim editor in chief and longtime staffer Barry Petchesky refused to “stick to sports,” per a memo from leadership, he was fired; the rest of the site’s staff quit within two days. Deadspin’s overlords got their wish—they replaced the walkouts with more pliant employees and have been rewarded with vastly diminished traffic, engagement, and influence.

All of the worst trends in media from a year ago are still present today, perhaps more so: mass layoffs, contraction and consolidation, a losing battle against Big Tech for advertising dollars. Variety was once the calling card of internet journalism, but now it is defined by a crushing sameness, brought on by financial pressure, social media, and the frantic drumbeat of news in the Trump era. As a result, it is surprisingly hard to find a website that you actually want to read.

Earlier this month, nearly all of the 20 staffers who quit Deadspin launched Defector, a site that they co-own. It is, refreshingly, both very much like the old Deadspin and very much not like the rest of the internet. There are no advertisements, no Amazon affiliate links, no plans to sell out to venture capitalists. Instead, the site is supported by subscriptions, which cost between $80 and $1,000 a year. So far the model has proven a success. Editor in Chief Tom Ley told me that the site was expected to hit 30,000 paying subscribers on Monday, which at the base rate would amount to over $2 million a year.

With a staff of 19, Defector has slipped between two subscription-based trends, neither the atomized Substack model nor the scale model being deployed by traditional newsrooms like The New York Times, The Washington Post, and The Atlantic. Defector is a throwback to what its editors believe is a healthier and more sustainable model. “It really makes you think of how cyclical everything is,” Ley told me. “The internet disrupted magazines, and now we’re basically just trying to do a zine, which feels like it’s from 1982.”

It’s also something of a last stand. With the revenue streams that have sustained the media industry for decades drying up, subscriptions may be the only viable future for independent media.

Perhaps the most positive media story of the past six months has been Substack, the newsletter subscription service. It has been a boon to solo writers and journalists—the journalism model of the future being lean and often solitary but free of a lot of expensive baggage. “There are some publications, even of the stature and historical success of The Atlantic, that will struggle to cross over into a new realm,” Substack founder Hamish McKenzie told me earlier this summer. “If you have to carry around a bunch of the legacy from previous generations of how magazines and newspapers were published, it’s like starting the race with a penalty.”

Defector is nimble by legacy media standards but wholly different from Substack’s most popular newsletters. It resembles old Deadspin in terms of content, with posts tracking whether or not Tom Brady is “crud.” It is a destination site, a place where you can scroll and forage for surprising and/or entertaining material you might not find in the silo of a Substack newsletter. It is the kind of site you visit multiple times a day, just to check in—an increasing rarity in a homogenized internet. At the same time, it doesn’t overwhelm you with content, because it doesn’t have the traffic demands that Deadspin had in its heyday. “Scale is the opposite of what we’re trying to do,” Ley told me.

Defector embraced the subscription model because it made the site beholden to readers, not metrics and advertisers. “First let’s just escape the slashing and pillaging that private equity does,” Ley told me, explaining the thinking that led to Defector. “After we’ve done that, let’s try to avoid coming under the same intense pressure that the ad revenue brings with it, where you’re constantly scrambling for new revenue streams and having to play ball with Google and Facebook, who have just sucked all the money out of everything.”

The ad model isn’t working for anyone right now, but that doesn’t mean that it is dead—far from it. Reading most nonsubscription publications means being pummeled by advertisements. “It’s just cool to be on a website all day that works and isn’t completely destroyed by advertisements and auto-plays and shit like that,” Ley told me. “There are websites that people still love and want to read that are just literally unusable from a user experience standpoint. People are like, ‘Here’s a site with some people I like, and my computer doesn’t get hot when I have it open.’”

That reader-first approach is also seen in Defector’s journalism. While other sports sites, particularly those in the scale model, opt for various gimmicks (curiosity gap headlines, hyperbole), Defector meets its readers where they are.

The Substack model is slowly growing to include larger organizations. Discourse, a blog run by former employees of Splinter, a site that was part of the same media organization as Deadspin for several years, has a small staff and several thousand subscribers. The Dispatch, a center-right publication founded by Jonah Goldberg and Stephen F. Hayes, is bringing in more than $1 million a year. McKenzie told me earlier this year that he hoped that Substack could play a role in alleviating the local news crisis, with journalists who cover sports and politics banding together to form a newsletter version of a newspaper.

Defector has a large, loyal audience, which certainly helps. It offers a healthy variety of really well-written stories, revealing the claustrophobic limitations of the one-person newsletter. And the simplicity of its model is appealing. “All we want is a moderately sized publication that can be sustainable and everyone can have a decent salary,” Ley told me. “That’s it. Let’s write stuff that we think people want to read, and if they do, they’ll pay us for it and we’ll keep doing it.”