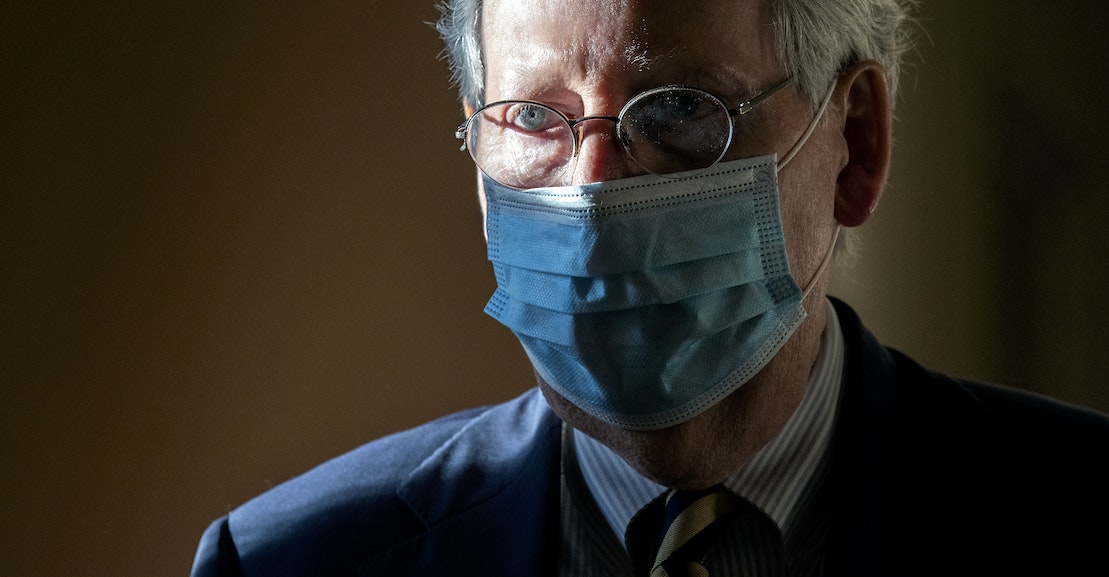 I promised myself that I wouldn’t make predictions in 2020. I would write about what I wanted to happen, or what I feared could happen, but I would not play the game of definitively saying what would happen, both in order to avoid common pundit fallacies and (more importantly) to avoid looking stupid.

I broke that promise pretty definitively last Friday night, when I predicted that President Donald Trump would nominate Amy Coney Barrett to replace Ruth Bader Ginsburg on the Supreme Court, and that U.S. Senate would confirm her after the November election. There is still plenty of time for me to be proven wrong, and I very much hope to be.

But I still think my on-the-spot vision of the immediate post-Ginsburg future is more plausible than that of, to take just one example, Missouri’s former senator Claire McCaskill. “Everyone take a deep breath,” she wrote last Friday evening. “McConnell wants power. Period. Forcing this vote before Nov 3 guarantees he loses the Senate. Forcing this vote lame duck probably loses them more seats in 2022. (Portman,Toomey,Rubio,Iowa, etc).”

McCaskill believed, in other words, that fear of an electoral backlash would cause Senate Majority Leader Mitch McConnell to hit the brakes on a potential Ginsburg replacement, in order to protect senators representing states where energized and outraged Democrats could turn out in droves to defeat Trump. And McCaskill and I largely agree about the political implications of “forcing this vote” before November 3. Maine’s Susan Collins, for example has signaled her preference to wait for the election before holding a vote, but voters now reminded of her complicity in the rest of the GOP’s judiciary shenanigans could still turn her out.

That is exactly why I predicted a lame duck confirmation. It’s simply very difficult to imagine these Republican senators, with this leader, trading a thing they very much want—a period of complete dominance over the Supreme Court that could last decades—for the possibility of keeping a few Senate seats a few years from now.

Passing on a potentially tough vote in the lame duck period is the playbook you’d follow if your politics revolved around “avoiding doing controversial things in order to minimize the chances of losing a future election.” But that is the political playbook of the Senate Democrats—the playbook McCaskill strictly followed right through the end of her U.S. Senate tenure, carefully avoiding action that might turn off some key segment of the electorate.

Imagining that Republicans would think similarly requires not just forgetting recent history, it requires a strange ignorance about the motivations and goals of the person actually in charge of this process: not Donald Trump, but Mitch McConnell.

McCaskill correctly notes that his goal is “power,” but she may not understand that some people have goals besides ensuring that a particular set of people maximize their chances to win future elections. Mitch McConnell’s personal goal, as I wrote for The New Republic in 2019, was seemingly always to become the majority leader of the U.S. Senate, but he does not let fear of the electorate get in the way of his political project, which is to reorient American governance around the narrow plutocratic interests of his political benefactors, and immunize conservative power from the ballot box through permanent domination of the judiciary.

If you understood that, it should have been easy, on Friday, to imagine McConnell, on Monday, absolutely slathering on the smarm, bathing in liberal agita over the Merrick Garland nomination, serenely announcing that whatever pretext he invented for his former actions no longer applied, and that he had some new justification for simply doing the thing he wanted to do. That it was predictable made it no less enraging, but Democrats crying hypocrisy or warning of dire electoral consequences will not dent McConnell’s determination.

The majority leader does believe in protecting his most vulnerable members, of course. That is why he allows senators such as Susan Collins to cast dissenting votes—when he has votes to spare. He will either allow Collins and Lisa Murkowski to oppose Trump’s nominee before the election, or (more likely) he will simply hold the vote after the election, when Collins will have already won or lost. McConnell’s vulnerable members cease being vulnerable, win or lose, on November 4. As for Rob Portman and the rest of the class up for reelection in the future, McConnell will count on the electorate’s short attention span and his own proven ability to exploit popular backlash to an incoming Democratic president to win back (or maintain) control of the Senate for himself (or even his successor) in short order.

Even if that expected electoral redemption does not come, Mitch McConnell would still have reached his own brass ring. Everyone who follows American politics should understand McConnell clearly: He would not necessarily do so cheerfully, but he would sacrifice a Senate majority for a Supreme Court one. He lives to be majority leader, but he has accomplished that goal, and he would consider winning the war for the courts to be a more gratifying legacy than any single piece of legislation. The entire point of winning this power was to do this now.

Thanks to Mitt Romney, he seemingly has the votes. Democrats will need some plan of action for the Supreme Court that doesn’t rely on Mitch McConnell letting any argument of principle or precedent or even electoral catastrophe distract him from the apotheosis of his career.